No team gave the 2019 champion Raptors a more competitive series than the Sixers, who were inches away from forcing overtime in Game 7 in Toronto last spring. That knowledge helped fuel lofty expectations in Philadelphia entering the 2019/20 season, with the 76ers widely considered part of the conference’s two-team top tier alongside Milwaukee.

An up-and-down season saw the Sixers fall short of those expectations — they were 39-26 and ranked just sixth in the East entering the NBA’s hiatus. However, there was still hope that they could make noise in the playoffs, and it’ll be fascinating to see if they get that chance. After all, decisions on Brett Brown‘s future and potential roster changes may hinge in large part on whether or not the club can make a deep postseason run.

Here’s where things stand for the Sixers financially in 2020/21, as we continue our Salary Cap Preview series: 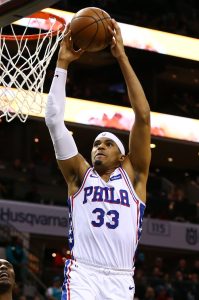 No matter where the cap lands for the 2020/21 season, the Sixers will have a tough time avoiding the luxury tax. A flat cap – with no increase – would result in a tax threshold of $132.6MM; the NBA’s $115MM cap projection called for a $139MM tax line. The 76ers already have more than $142MM in guaranteed money committed for nine players next season, and that number will only increase once the team fills out its roster.

Reducing team salary via a trade is a possibility, but there might not be many clubs looking to take on unwanted contracts this offseason. Philadelphia would have to trim a substantial amount of salary to gain access to the full mid-level exception and bi-annual exception.