The NBA’s plan to return is starting to take shape and Shams Charania of The Athletic has some details on the league’s bubble campus at Disney World in Orlando.

For starters, players are not obligated to attend. Any player who chooses not to play in the resumption of the season in Orlando will have to notify his team by June 24. Players will not be penalized for missing the contests (fines, future suspensions) but they will not be paid for the games. Compensation would be reduced by 1/92.6 for each game missed. 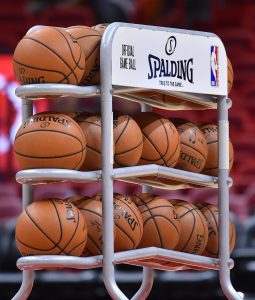 Some players, however, will fall under the “excused” or “protected” player criteria, meaning they will not have their salaries reduced as a result of missing time. “Protected” players are those whom the team believes has a higher risk for severe illness from COVID-19. “Excused” players will need a panel of three medical experts to determine that they have a higher risk for severe illness.

Here are more details on the NBA’s return:

During Phase 1, several guidelines are in play:

By now, all players are expected to be utilizing their team facilities with the exception of the Raptors. Players are still expected to uphold the same guidelines for leaving their homes as in Phase 1. In Phase 2:

Teams will begin to head to Disney World. Travel will be staggered via either flight or bus to Orlando between July 7-9.

Once teams arrive in Florida, there are some unique guidelines and protocols:

Everyone on the campus will have to wear face masks. Some Disney employees will not be required to reside in the bubble nor undergo COVID-19 testing. Their temperature will be checked daily and they will be checked for symptoms.

By this point, everyone is at the NBA Campus. Group workouts will be allowed after the initial self isolation, though players will undergo COVID-19 testing routinely as well as undergoing daily temperature checks and other tests.

Players can only eat meals and participate in activities with other people staying in their hotel. The hotel situation is based on seeding, as Charania adds on Twitter. Here are the three groups:

The split means you won’t see Ben Simmons playing golf (one of the activities allowed, along with playing cards) with LeBron James before July 21. Some other restrictions include:

Players are allowed to leave the campus, but the expectation is that they will stay on it. If a player leaves without prior approval, he will be subjected to testing, including that uncomfortable nasopharyngeal swab testing and a 10-to-14 day self-quarantine. The player could also be subjected to a reduction in pay for games he misses.

Each team will play three scrimmages against other clubs that are staying at the same hotel. Starting July 22, players and team staff are allowed to socialize with anyone from any of the hotels. Players still can’t go into another person’s hotel.

We are playing basketball.

Once a team is eliminated, its players and staff will be tested and then immediately depart from the NBA campus.

In years past, players of championship teams have looked at the camera and said “I’m going to Disney World.” This year, the last remaining team at the resort will be crowned the champion.