Grizzlies point guard Ja Morant has been named the NBA’s Rookie of the Year for the 2019/20 season, the league announced today in a press release. Morant was a near-unanimous choice, receiving 99 out of 100 possible first-place votes. 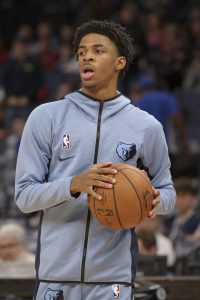 Heat guard Kendrick Nunn finished second in Rookie of the Year voting, receiving 56 second-place votes and 36 third-place votes. Pelicans forward Zion Williamson, who only appeared in 19 games prior to the NBA’s shutdown in March, received the final first-place vote and finished third.

He was unable to lead the Grizzlies to the final playoff spot in the Western Conference this summer, as Memphis lost the play-in game last month to the Trail Blazers. However, voting was based on games completed as of March 11, and despite the disappointing finish to the season, Morant and the Grizzlies significantly outperformed their expectations for 2019/20.

Williamson would have been the frontrunner to win the Rookie of the Year award if a knee injury hadn’t sidelined him for much of the season — he recorded 22.5 PPG, 6.3 RPG, and 2.1 APG in just 24 games (27.8 MPG). His limited playing time created a dilemma for voters. Despite receiving one first-place vote, last year’s No. 1 overall pick was also left off 38 of 100 total three-man ballots.

Here are the full Rookie of the Year voting results:

20 thoughts on “Ja Morant Named NBA Rookie Of The Year”