NOVEMBER 22: Hood’s new deal is official, according to the Trail Blazers, who announced the signing in a press release. 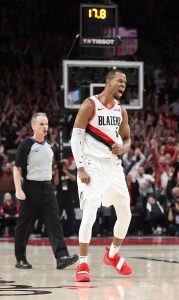 “Rodney played a critical role in our run to the Western Conference Finals in 2018-19 and was off to a great start last year prior to his season being cut short due to injury,” president of basketball operations Neil Olshey said in a statement. “Now fully healthy we expect him to make an immediate impact and are pleased he chose to stay in Portland.”

NOVEMBER 20: The Blazers have agreed to a two-year, $21MM deal with free agent Rodney Hood, according to ESPN’s Adrian Wojnarowski (Twitter link). Hood will return to Portland for a third straight season.

For Hood, the second season of his deal is non-guaranteed, Wojnarowski adds. He declined a $6MM player option to become a free agent earlier this week.

Hood, 28, missed much of last season after suffering a torn Achilles’ tendon in December. In the 21 games he did play, he averaged 11 points, 3.4 rebounds and 29.5 minutes per game, proving his worth as a scorer alongside Damian Lillard and CJ McCollum.

The Blazers also traded for Robert Covington and Enes Kanter over the past week, setting their sights on contending next season.