NOVEMBER 30: Thompson’s deal with the Celtics is now official, the team announced today in a press release. 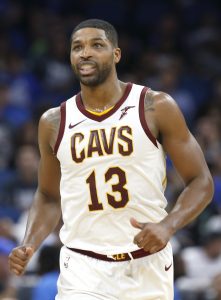 NOVEMBER 21: Free agent center Tristan Thompson will sign with the Celtics, tweets Chris Haynes of Yahoo Sports. The deal was confirmed by Thompson’s agent, Rich Paul of Klutch Sports. The contract will be worth $19MM over two years. (Twitter link).

Thompson will receive Boston’s full mid-level exception, which was more than the Cavaliers were willing to offer, according to Chris Fedor of Cleveland.com. The Cavs were optimistic this morning about their chances of keeping Thompson, but when Paul Millsap chose Denver over Boston, the Celtics were motivated to get a deal done.

“Going from being a fan to an opponent and then a teammate, Tristan has always been one of the good guys,” Larry Nance Jr. said. “His jersey deserves to hang in the rafters.”

Boston’s willingness to give the full MLE to Thompson indicates that the team probably plans to avoid the tax this season, according to Chris Forsberg of NBC Sports Boston (Twitter link). The Celtics still have their $3.6MM bi-annual exception available as well as trade exceptions from deals involving Enes Kanter and Vincent Poirier.

Thompson, 29, spent the first nine years of his NBA career with the Cavaliers, playing in four NBA Finals and winning a championship in 2016. He averaged a career-best 12.0 points per game last season to go with 10.1 rebounds and 2.1 assists.