NOVEMBER 23: The Heat have officially announced their deal with Bradley, issuing a press release to confirming the signing. 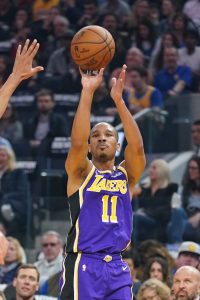 “This is a great signing that can help us right away,” team president Pat Riley said in a statement. “Being able to add a two-time All-NBA Defensive Team selection who is also a great shooter and fits perfectly with our current philosophy as a multi-positional player. Avery will be a great addition to fortifying our backcourt.”

As we relayed in a separate story, Boston and Charlotte were among the other teams that expressed interest in Bradley before he agreed to sign with Miami.

The contract will include a team option for the second year, sources tell ESPN’s Bobby Marks (Twitter link). The Heat took a similar route with their new deals for Goran Dragic and Meyers Leonard as they prioritize preserving cap room for 2021.

The Heat will use a portion of their mid-level exception to sign Bradley. The Heat have also agreed to a one-year, $3.6MM contract with Maurice Harkless and Miami could preserve its bi-annual exception by splitting up the MLE between Bradley and Harkless, as John Hollinger of The Athletic tweets.

Bradley was considered a fallback option for the team in case it couldn’t re-sign Jae Crowder, Ira Winderman of the South Florida Sun Sentinel tweets. While Crowder was a priority for the Heat, he wasn’t comfortable with only a one-year guarantee, says Barry Jackson of The Miami Herald (Twitter link). As a result, he’ll head to Phoenix on a three-year deal while the Heat replace him with Bradley.

As Charania explains (via Twitter), Bradley – who was recruited by Heat president Pat Riley and star swingman Jimmy Butler – was sold on the Heat’s culture and made the decision to leave Los Angeles after spending the 2019/20 season with the Lakers.

The Warriors were among the other teams that had interest in signing Bradley, tweets Monte Poole of NBC Sports Bay Area.