DECEMBER 9: Morris has officially signed his extension, the Nuggets announced today in a press release. 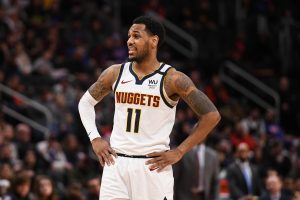 DECEMBER 7: The Nuggets have agreed to a three-year, $27MM extension with guard Monte Morris, Adrian Wojnarowski of ESPN tweets. The deal will be fully guaranteed and includes incentives that could bump the value to $9.4MM annually, Mike Singer of the Denver Post tweets.

Morris would have been an unrestricted free agent next offseason without an extension. That’s because Morris was credited with a year of service under CBA rules when he signed a two-way contract in 2017, ESPN’s Bobby Marks notes (Twitter links).

He averaged 9.1 PPG and 2.7 APG during 19 postseason games in Orlando during Denver’s run to the Western Conference Finals.

Morris’ extension will make him ineligible to be traded before the 2021 trade deadline, as Marks explains (via Twitter).