As we explain in our glossary entry on veteran contract extensions, rookie scale extensions have historically been the most common form of contract extension in the NBA. However, the league’s latest Collective Bargaining Agreement loosened the rules on eligibility for veteran extensions and made them a little more financially advantageous for players who don’t expect mega-deals.

As a result, we’ve seen a bump in veteran contract extensions in recent seasons. So far in the 2020/21 league year, six players have signed them. 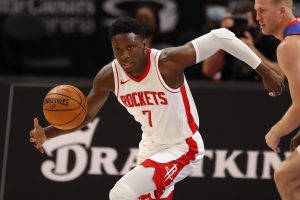 For certain extension-eligible players, such as Victor Oladipo, it may still make sense to wait until free agency to sign a new contract — the biggest raise he can receive on an extension would still be less than the maximum contract he’d be eligible to earn on the open market. The maximum starting salary a player like Oladipo can receive in a veteran extension is up to 120% of his current salary.

A player on a more modest contract can receive a maximum starting salary worth up to 120% of the NBA’s estimated average salary on an extension, assuming that amount is greater than 120% of his current salary.

For this season, 120% of the estimated average salary would work out to a $12MM salary in the first year of a contract extension. A player who signs an extension that fits that bill could get up to four years and $53.76MM. Gary Trent Jr. and Devonte’ Graham are among the players who are eligible for that sort of deal.

Now that the regular season is in full swing, the number of veterans eligible for contract extensions has declined, since players with more than one year left on their contracts aren’t permitted to ink an in-season extension. But there are still a number of veterans in the final year of their respective contracts who remain eligible for extensions right up until the last day of the current league year.

Listed below are the players who meet the criteria for a veteran extension. Players who were recently traded can be extended, but they have to wait for a certain amount of time after the trade to sign a contract longer than three total years (including the current season) with a first-year raise exceeding 5%. If a player below is noted as having “limited” eligibility until a certain date, that’s why.

Typically, that “limited” extension eligibility lifts after six months, but this year those dates are based on a mapping table provided by the NBA, so they differ a little from case to case. Once a player regains his full extension eligibility, he once again becomes eligible to sign an extension of up to five total years (including the current season) with a 20% first-year raise.

Additionally, extension-eligible players with a player or team option for 2021/22 would have to eliminate that option year as part of an extension agreement in order to meet the necessary criteria. 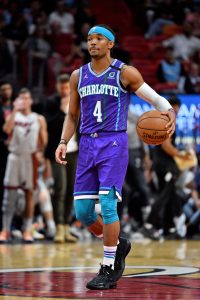 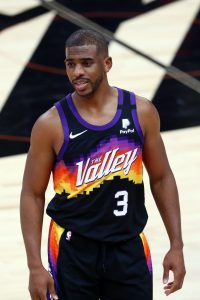