An NBA team that want to re-sign a player before he reaches free agency can do so, but only at certain times and if his contract meets specific criteria.

Rookie scale extensions, which can be completed for former first-round picks between the third and fourth years of their rookie scale contracts, have typically been the most common form of extension. But in its 2017 Collective Bargaining Agreement, the NBA relaxed its criteria for veteran extensions, resulting in an increase in those deals in recent years.

Here’s a full breakdown of how players become eligible to sign veteran extensions, and the limits that come along with them:

When can a player sign a veteran contract extension?

A team that wants to sign a player to a veteran extension wouldn’t be able to simply complete that extension one year after the initial contract was signed. The team must wait a specified period of time before the player becomes extension-eligible, as follows: 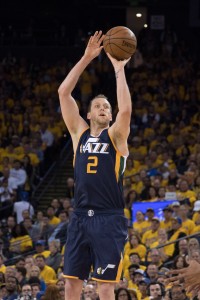 This set of rules explains why Joe Ingles, who received a four-year contract with the Jazz on July 21, 2017 became extension-eligible this past offseason, on the second anniversary of signing that deal. He took advantage of his new extension eligibility by tacking on an extra year to his current contract. If Ingles had signed a five-year contract in July 2017, he wouldn’t have become extension-eligible until July 2020.

Ingles signed a one-year extension when he had two years remaining on his contract. Because he still had multiple years left on his deal, he was only eligible to sign an extension up until the last day before the 2019/20 regular season began. A player with one year left on his contract remains eligible to sign an extension all the way up until June 30, the day before he reaches free agency.

In other words, if Ingles hadn’t signed his extension in September, he would’ve become ineligible to sign one as of the first day of the ’19/20 regular season. His eligibility window would’ve opened again during the 2020 offseason and would’ve extended all the way through June 30, 2021.

How many years can a player receive on a veteran extension?

A veteran extension can be for up to five years, including the year(s) remaining on the previous contract. The current league year always counts as one of those five years, even if an extension is agreed to as late as June 30.

For instance, when CJ McCollum signed an extension earlier this season with the Trail Blazers, he had two years left on his current contract, which ran through 2020/21. He added three extra years via the extension, maxing out at five years overall.

If a player signs a “designated” veteran extension, he can receive more than just five total years, as we cover in a separate glossary entry.

How much money can a player receive on a veteran extension?

The first-year salary in a veteran extension can be worth up to 120% of the salary in the final year of the player’s previous contract or 120% of the NBA’s estimated average salary, whichever is greater. Annual raises are limited to 8% of the first-year extension salary.

For instance, Draymond Green signed an extension with the Warriors earlier this season, adding four extra years to the one year and $18,539,130 remaining on his previous deal. Because that $18.5MM+ figure greatly exceeds the estimated average salary, Green was eligible to earn up to 120% of his final-year salary in the first year of his extension. As such, his next contract will begin with a salary of $22,246,956, with 8% annual raises from there.

Spencer Dinwiddie, on the other hand, was only on a minimum-salary deal when he signed an extension with the Nets a year ago. A 20% raise on that amount wouldn’t have been worth Dinwiddie’s while, but he was eligible to receive 120% of the NBA’s estimated average salary, which was $8,838,000 in 2018/19. As a result, Dinwiddie’s three-year extension with Brooklyn began this season at $10,605,600.

A contract extension can’t exceed the maximum salary that a player is eligible to earn, so there are some instances in which a player won’t be able to get a full 20% raise on a new extension. For example, Stephen Curry will become eligible to sign a new contract next July, but his final-year cap hit is $45,780,966. A full 120% raise on that figure would be $54,937,159, which will certainly exceed his maximum possible salary for 2022/23. If Curry were to sign a maximum-salary extension, his salaries on that new deal would be amended downward once that season’s max salaries were defined.

Can a player sign a veteran extension as part of a trade?

The NBA’s Collective Bargaining Agreement does allow for extend-and-trade transactions, but the rules governing them are more limiting than for standard veteran extensions.

A player eligible for an extension can sign one in conjunction with a trade, but he would be limited to three overall years and a starting salary worth 105% of the final-year salary on his previous deal. Subsequent annual raises are limited to 5% as well.

A player who receives an extension that exceeds those extend-and-trade limits becomes ineligible to be traded for six months. That’s why players like Bradley Beal, Eric Gordon, and Cedi Osman can’t be traded before the 2020 deadline. Conversely, a player who is involved in a trade becomes ineligible to sign an extension for six months if the extension would exceed the extend-and-trade limits.

Kyle Lowry‘s one-year extension with the Raptors is worth just $30,500,000, which is less than his $34,996,296 cap hit for 2019/20. That deal didn’t exceed the extend-and-trade limits, so Lowry doesn’t face any trade restrictions this season, though Toronto is unlikely to move him.

An extension-eligible player can’t be extended-and-traded after the season if there’s a chance he could become a free agent that July. That rule applies to both veterans on expiring contracts and veterans with team or player options that have yet to be exercised.

What are the other rules related to veteran extensions?

There are many more minor rules and guidelines related to veteran extensions, including several involving bonuses and option years. A full breakdown can be found in Larry Coon’s CBA FAQ, but here are some of the notable ones most likely to come into play:

Note: This is a Hoops Rumors Glossary entry. Our glossary posts will explain specific rules relating to trades, free agency, or other aspects of the NBA’s Collective Bargaining Agreement. Larry Coon’s CBA FAQ and salary information from Basketball Insiders was used in the creation of this post.