Steve Clifford Will Not Return As Magic Coach

12:10pm: The team has confirmed the decision via a press release. The statement suggests Clifford may pursue other head coaching opportunities. 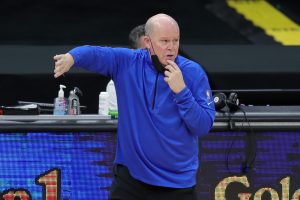 “We would like to thank Steve for his contributions to the Orlando Magic,” Weltman said. “We appreciate the many sacrifices he has made as our head coach and understand the timeline of our new path does not align with his goals as a head coach in our league.”

11:45am: The Magic and coach Steve Clifford have mutually agreed to part ways, Adrian Wojnarowski of ESPN tweets.

Clifford has met with management multiple times over recent weeks and the two sides ultimately agreed to move on. Clifford guided the Magic into the playoffs in his first two seasons with a core group that included Nikola Vucevic, Aaron Gordon and Evan Fournier.

Those players were shipped away at the trade deadline as the organization went into full rebuild mode. A season-ending injury to point guard Markelle Fultz began the chain of events that convinced the front office to hit the reset button.

Clifford compiled a 96-131 regular-season record with the club. Management will obviously be seeking a head coach who can develop young talent and stay patient through the process.

Clifford, 59, coached Charlotte for five seasons before he was hired by the Magic. He had one year left on his contract.

Orlando joins Portland and Boston as teams seeking new head coaches. According to Marc Stein of the New York Times (Twitter link), the Magic are interested in Terry Stotts, who parted ways with the Trail Blazers on Friday.

The recent talks between Magic president of basketball operations Jeff Weltman and Clifford centered on the veteran coach’s long-term future with the franchise.

Orlando’s management was pleased with Clifford and his coaching staff and discussed the possibility of a contract extension, Josh Robbins of The Athletic reports. But with the Magic in the early stages of a rebuild, Clifford wasn’t ready to commit to a longer deal.

18 thoughts on “Steve Clifford Will Not Return As Magic Coach”