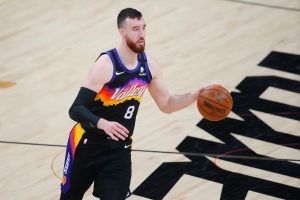 Kaminsky, 28, first joined the Suns for the 2019/20 season after four years in Charlotte. He signed with Sacramento during the 2020 offseason, but was released by the Kings at the end of the preseason and was claimed off waivers by the Suns, resulting in him spending another season in Phoenix.

With Dario Saric in danger of missing the entire 2021/22 season due to a torn ACL, there’s a viable path to play regular minutes for Kaminsky. Newcomer JaVale McGee and second-year big man Jalen Smith will be among the other reserves vying for playing time in the frontcourt, but Kaminsky’s ability to space the floor will make him a better fit in certain lineups.