SEPTEMBER 15: The Timberwolves have officially announced their new deals with both Vanderbilt and McLaughlin, confirming the signings in a press release. 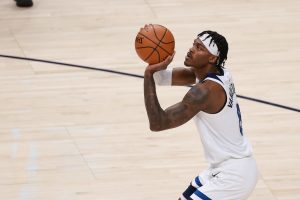 Vanderbilt’s contract starts at $4MM and include some likely and unlikely bonuses, ESPN’s Bobby Marks tweets. It’s fully guaranteed for the first two years and partially guaranteed in the final year of the deal, Michael Scotto of Hoops Hype tweets.

Vanderbilt played 64 games, including 30 starts, last season. He averaged 5.4 PPG and 5.8 RPG in 17.8 MPG. He was limited to 28 games combined in his first two seasons, including a stint with the Nuggets.

McLaughlin, who is entering his third season, appeared in 51 games last season, including two starts. He averaged 5.0 PPG and 3.8 APG in 18.4 MPG and adds depth at the point guard spot.