5:20pm: The Trail Blazers have officially placed Bledsoe on waivers, per a press release. He’s on track to become an unrestricted free agent on Friday. 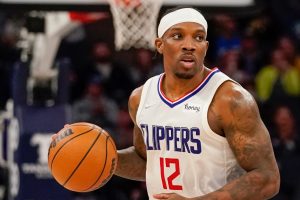 9:41am: The Trail Blazers intend to waive Eric Bledsoe in the coming days, according to Shams Charania of The Athletic (Twitter link), who says several teams are expected to register interest in Bledsoe as a free agent.

Bledsoe had been under contract for $19.38MM in 2022/23, but only $3.9MM of that money is fully guaranteed. If the point guard were to remain under contract through July 10, his full salary would become guaranteed, so Portland will officially waive him before that happens.

Bledsoe never actually appeared in a single game for the Blazers. The team announced in March that he was being shut down for the season after receiving a platelet-rich plasma (PRP) injection to address the tendinopathy in his left Achilles tendon.

The Blazers were in tank mode after the trade deadline and were shutting down just about veteran on their roster who had a minor ailment, so there’s no reason to think that Bledsoe’s Achilles issue is significant enough to hinder his ability to catch on with a new team once he reaches free agency.

Portland will have the option of applying Bledsoe’s $3.9MM in dead money solely to the 2022/23 cap or stretching it into increments of $1.3MM across three seasons. Stretching that cap hit could be something the Blazers consider, given their proximity to the luxury tax line.

Yossi Gozlan of HoopsHype (Twitter link) estimates that Portland’s team salary is approximately $3.7MM above the tax threshold, but we’ll need to wait for the official details to come in on contracts for Anfernee Simons, Jusuf Nurkic, and Gary Payton II to know for sure.