For a third consecutive year, veteran center Udonis Haslem is set to enter the NBA season as the oldest player on any of the league’s 30 rosters. Haslem, who turned 42 in June, was born three-and-a-half years before any other active NBA player and is the only active player in his 40s. 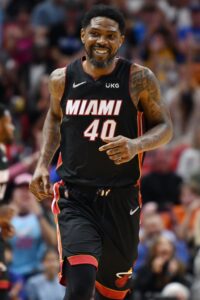 Haslem’s teammate Kyle Lowry is also one of the top 10 oldest players currently on an NBA roster, making the Heat the only team with two players in the top 10.

Lowry is one of several new additions to this list this year due to the fact that many of last year’s oldest players – including Carmelo Anthony, Paul Millsap, Trevor Ariza, and LaMarcus Aldridge – remain unsigned.

It’s possible that one or more of those free agents could sign before opening night or that one or more of the players on the list below could be waived when regular season rosters are set in mid-October, but here’s the current list of the oldest players in the NBA heading into the ’22/23 season:

Al Horford (Celtics), Rudy Gay (Jazz), and Jeff Green (Nuggets) are among the other NBA veterans who turned 36 years old this year but just missed the cut.

On the opposite end of the spectrum, all of this year’s youngest NBA players were either members of the 2022 draft class or signed as rookie free agents after going undrafted. 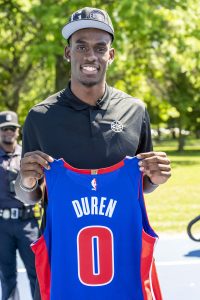 Here are the 10 youngest players currently on NBA rosters:

Note: Players marked with an asterisk (*) are on two-way contracts.