7:12 pm: Denver has officially announced that Booth has signed an extension.

“Calvin has been a huge part of what we’ve done here over the last five seasons and I have the utmost confidence in him as our General Manager,” Josh Kroenke said in a statement. “Cal has seen the game from every angle and has an extremely bright basketball mind. I look forward to continuing alongside Calvin and the rest of the organization with the goal of bringing an NBA championship to the city of Denver.” 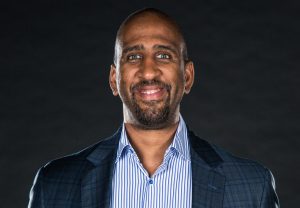 3:13pm: Nuggets general manager Calvin Booth has agreed to a long-term contract extension that is set to keep him in Denver through the 2024/25 season, sources inform Mike Singer of The Denver Post. Financial terms of the agreement have yet to be disclosed. Singer also added (via Twitter) that essentially all of Denver’s front office was extended through ’24/25.

After former team president Tim Connelly departed the Nuggets front office during the 2022 offseason to take over the lead front office gig with the Timberwolves, Booth assumed the prime role in personnel decision-making for what could be a title contender in Denver this year.

With the high-level scoring duo of guard Jamal Murray and forward Michael Porter Jr. set to return from injuries to help two-time reigning league MVP Nikola Jokic shore up the team’s offense, Denver looks to be at its healthiest since the 2019/20 season, when the team reached the Western Conference Finals.