The Warriors have an estimated worth of $7.56 billion, according to the sports business website Sportico, which put out its annual NBA franchise valuations this week. Kurt Badenhausen of Sportico, who formerly published the franchise valuations for Forbes, has the Warriors well ahead of the Knicks ($6.58 billion), Lakers ($6.44 billion), Bulls ($4.09 billion), and Celtics ($3.92 billion) on the site’s full list.

Those valuations for the Warriors, Knicks, and Lakers are all noticeably higher than the figures Forbes put out in October, while the numbers for the Bulls and Celtics fall slightly below Forbes’ estimates.

The Canadian national team has clinched a spot in next summer’s FIBA World Cup, Josh Lewenberg of TSN Sports tweets. Team Canada improved to 9-0 in qualifying rounds with a victory over Venezuela this week, taking a big step toward qualifying for the 2024 Paris Olympics.

Under former USA Basketball managing director Jerry Colangelo, continuity was a top priority for the men’s national team. Colangelo required players to make two-year commitments to the program, maintained a pool of about 40 Team USA players, and conducted training camps in summers when there was no major international competition.

However, as Joe Vardon of The Athletic details, new managing director Grant Hill has decided to take a different approach, having concluded – along with new Team USA head coach Steve Kerr – that it’s not realistic to expect NBA superstars to commit back-to-back summers to the national program.

The plan for Team USA is to spend the next several months, into the spring, building the team that will represent the country at the World Cup in the Philippines next fall. USA Basketball will then repeat that process the following year in preparation for the 2024 Olympics in Paris, Vardon writes.

While it remains to be seen which players will ultimately suit up for Team USA at those two events, Vardon’s article includes some additional info on potential candidates. Here are some highlights:

Team USA will play a pair of qualifying games for the 2023 World Cup this month, squaring off against Uruguay on August 25 in Las Vegas and then facing Colombia on August 29 in Barranquilla, Colombia.

USA Basketball issued a press release today announcing its 12-man roster for those qualifying games. The following players will be representing the U.S. on a club led by head coach Jim Boylen:

McClung is the only member of the 12-man group who is currently under contract with an NBA team, having signed a training camp contract with the Warriors last month. However, everyone on the roster except for Ellison has appeared in at least one NBA regular season game.

Galloway and Jenkins are the most experienced NBA veterans on the roster. Galloway has 452 regular season games for seven teams under his belt, while Jenkins has made 171 appearances for five clubs.

Team USA has a 5-1 record through the first three qualifying windows, putting the squad in a tie for first place with Brazil atop Group F. After this month’s games, the remaining two qualifying windows are scheduled for November and February — teams will end up playing a total of 12 qualifying contests apiece.

The 2023 World Cup will take place in the Philippines, Japan, and Indonesia from August 25 to September 10 next year. Assuming its team qualifies – which looks like a pretty safe bet – USA Basketball is expected to send a roster of more accomplished NBA veterans to the event.

Nikola Mirotic finished only fourth in Spanish League MVP voting this season, but he has been named the Most Valuable Player for the EuroLeague, per an official release.

The former NBA forward had a terrific year for FC Barcelona, averaging 16.6 PPG and 5.1 RPG with a shooting line of .566/.455/.875 in just 24.2 MPG (36 games) in EuroLeague play. Mirotic ranked second in the league in points per game, behind only Thunder draft-and-stash prospect Vasilije Micic, and was among the league leaders in total three-pointers made.

Mirotic, who appeared in 319 NBA games from 2014-19, has been back in Europe for the last three seasons after making the surprising decision to turn down lucrative NBA offers at age 28. His Barcelona squad is set to face Real Madrid at the EuroLeague Final Four on Thursday.

USA Basketball has announced its 12-man roster for the next two qualifying games for the 2023 FIBA World Cup. The team, coached by Jim Boylen, will be made up of G League players and current free agents. Here’s the roster:

With the exception of Ryan, all of the players on Team USA have some NBA experience, though some are certainly more accomplished than others. Johnson has earned seven All-Star berths and has appeared in 1,277 career regular season games. Bell, Black, and Galloway have also each played in more than 160 career regular season contests.

The 2023 World Cup will take place in the Philippines, Japan, and Indonesia next August and September. Teams play 12 qualifying games before then — those contests take place across six windows, with World Cup hopefuls playing twice during each window.

Team USA went 1-1 in its first two qualifying games in November, defeating Cuba but losing to Mexico. Boylen coached that team and Bowen played for it, but the other 11 roster spots have since been turned over, with Isaiah Thomas among the players who aren’t back this time around. The new-look squad will face Puerto Rico on February 24 and Mexico again on February 27.

After this month’s games, the remaining four qualifying windows are scheduled for June, August, November, and next February. While the next two windows fall outside of the NBA season, the expectation is that USA Basketball will continue using G-Leaguers for the qualifiers before recruiting NBA stars for the event itself next summer.

As our JD Shaw reports (via Twitter), forward DaQuan Jeffries had been expected to be part of Team USA’s roster for this month’s qualifiers, but had to de-commit due to an injury. 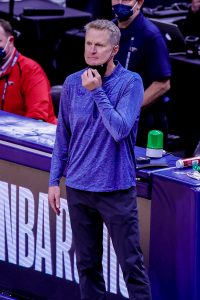 Former Suns point guard Elie Okobo, who was the No. 31 overall pick in the 2018 draft, has been out of the NBA since the 2019/20 season and is playing in France this year. However, the 24-year-old tells Dionysis Aravantinos of HoopsHype that he envisions himself returning stateside at some point — he’s just not sure when.

“I didn’t really set goals about a return timetable, a deadline, or whatever,” Okobo said.” I want to improve, be ready, and I want to make sure I’m not going back to the NBA as a rookie, I want to set a certain standard, I want to come back with a status of a great EuroLeague player. I obviously want to have a long NBA career, but right now I’m focusing on the team and myself.”