JANUARY 17, 10:13am: The Hawks have officially signed Williams to a two-way contract, as expected, the club confirmed in a press release.

JANUARY 14, 4:13pm: The Hawks have requested waivers on Culver, the team announced in a press release.

Williams is currently with the Brooklyn’s NBAGL Long Island affiliate. The UNLV alum had been averaging 15.6 PPG for the Long Island Nets this year, per Charania.

According to Lauren L. Williams of The Atlanta Journal-Constitution (Twitter link), the Hawks view Williams as more of a project, but one possessing potentially higher upside than Culver. John Hollinger of The Athletic tweets that Williams showed what he was capable of during this season’s G League Winter Showcase, when he had two of his best games of the season.

In 10 games with the Hawks, including one start, Culver averaged 4.4 PPG and 3.8 RPG in just 13.7 MPG. The 23-year-old out of Texas Tech will now look to join his fourth NBA team in as many seasons, following prior stints with the Timberwolves and Grizzlies.

Hawks wing Bogdan Bogdanovic made his 2022/23 season debut Friday against Denver, and received a standing ovation from the home crowd when he entered the game off the bench (Twitter video link via Caleb Johnson of 92.9 The Game). He had been recovering for several months after undergoing offseason knee surgery.

Bogdanovic has been a key member of Atlanta’s rotation over the past two seasons, averaging 15.6 points, 3.8 rebounds, 3.2 assists and 1.1 steals on .448/.398/.862 shooting in 107 total games (54 starts, 29.5 minutes per contest). His long-distance shooting and complementary play-making will definitely be helpful for the 12-10 Hawks, since they currently rank 29th in the league in three-point attempts, 27th in three-point percentage (32.5%), and 21st in assists per game.

The 30-year-old holds an $18MM player option for ’23/24. He’s extension-eligible and could hit free agency next summer if he declines his option.

Unfortunately, star point guard Trae Young was ruled out with right shoulder soreness prior to the game, tweets Lauren L. Williams of The Atlanta Journal-Constitution. Third-year guard Trent Forrest (concussion evaluation), who’s on a two-way contract with Atlanta, was also ruled out.

The Hawks have signed Jarrett Culver to a two-way contract, the team announced in a press release.

The 23-year-old shooting guard spent last season with the Grizzlies, appearing in 37 games and averaging 3.5 points and 1.3 rebounds in 9.1 minutes per night. Memphis acquired him in a trade with the Timberwolves last summer.

Culver was the sixth overall pick in the 2019 draft, but he wasn’t able to establish himself in a regular role with either the Grizzlies or Wolves. The Hawks are taking a low-risk gamble on his youth and potential.

Culver was a star at Texas Tech, where he averaged 14.9 points, 5.6 rebounds and 2.8 assists in 75 games. He led the Red Raiders to the first NCAA Championship Game in school history and earned a spot on the 2019 Final Four All-Tournament Team.

The Hawks opened up a two-way slot on Sunday by waiving Chaundee Brown. The team’s other two-way contract belongs to guard Trent Forrest.

The addition of Culver brings Atlanta’s roster back to 18 players, two below the offseason limit, with the start of training camp 15 days away.

The Raptors tendered a two-way qualifying offer to Jalen Harris, according to RealGM’s transactions log. That makes Harris a restricted free agent.

Harris was reinstated by the league earlier this week. He was dismissed and disqualified from the NBA on July 1, 2021 for violating the terms of the league’s anti-drug program, then became eligible to apply for reinstatement last month.

Harris was still under contract with Toronto at the time of his suspension and the Raptors had 30 days to tender him a one-year, two-way qualifying offer.

The Raptors already have 19 players under contract, with second-round pick Christian Koloko still unsigned and a two-way qualifying offer out to another restricted free agent, David Johnson.

Jarrett Culver also might also be added to the camp roster, Blake Murphy of The Athletic tweets. The 2019 lottery pick played 37 regular season and three postseason games for the Grizzlies last season. He became an unrestricted free agent this summer.

Teams are permitted to carry up to 20 players until the day before the regular season begins.

The 59th overall pick in 2020, Harris spent his first professional season on a two-way contract with the Raptors, then signed with Vanoli Cremona in Italy for the 2021/22 campaign following his suspension from the NBA. This May, he joined the Scarborough Shooting Stars of the Canadian Elite Basketball League as he prepared to apply for reinstatement to the NBA.

Of the veteran Trail Blazers who are candidates to be traded by the February 10 deadline, Robert Covington has been described as the most likely one to be moved, says Jake Fischer of Bleacher Report. Ben McLemore‘s name has also emerged in recent trade discussions, Fischer adds.

Conversely, there doesn’t seem to be any momentum toward a trade involving Blazers center Jusuf Nurkic, according to Fischer. Marc Stein said something similar in a recent Spotify Greenroom session, suggesting he hasn’t heard Nurkic’s name mentioned much in his recent conversations with teams. Stein gets the sense there’s not a “huge amount” of interest in the veteran center (hat tip to HoopsHype).

Nurkic himself recently told Jason Quick of The Athletic that he doesn’t think he’ll be traded this season. If the latest reports from Fischer and Stein are accurate, he may be right.

Here are a few more items from around the Western Conference:

In the latest injury report for the Sixers’ Monday game vs. Houston, Powell and Springer are both listed as out, while Thybulle is considered questionable. That suggests that the team is likely waiting for the results of Thybulle’s latest COVID-19 test before determining whether or not he’ll be available.

Wizards star Bradley Beal has entered the health and safety protocols and will miss Thursday’s game vs. New York, according to the team (Twitter link). Kentavious Caldwell-Pope is also currently in the protocols for Washington.

If Beal hasn’t registered a confirmed positive COVID-19 test, it’s possible he could exit the protocols in a matter of days. But if he did test positive, the 28-year-old figures to be sidelined for at least 10 days unless he can return two consecutive negative tests.

Beal, who remained unvaccinated as of September, missed the Olympics earlier this year because he tested positive for the coronavirus just before Team USA left for Tokyo.

Meanwhile, Lakers forward Trevor Ariza and Grizzlies wing Jarrett Culver have also been placed in the COVID-19 protocols, according to their respective teams (Twitter links). Ariza is the fifth Laker in the protocols, while Culver is the second Grizzlies player affected, joining Ziaire Williams.

While three players enter the protocols, another has exited — the Knicks announced that Quentin Grimes has been cleared to rejoin the team (Twitter link).

The Grizzlies have picked up the fourth-year options for Ja Morant and Brandon Clarke and the third-year option on Desmond Bane, the team announced (via Twitter). The moves were expected as all three players deliver a level of production that exceeds their salaries for the 2022/23 season.

Morant, the No. 2 pick in the 2019 draft, was named Rookie of the Year in 2020 and helped Memphis reach the playoffs last season. He will make $12.1MM next season and will be eligible for a rookie-scale extension in July.

Clarke, who was selected 21st in 2019, has been a consistent bench player and part-time starter during both of his years with the Grizzlies. He will earn $4.3MM in 2022/23 and will also be eligible for an extension next summer.

Memphis elected not to pick up the $8.1MM fourth-year option for Jarrett Culver, tweets Chris Herrington of The Daily Memphian. Culver, who was acquired from the Timberwolves in an August trade, will be an unrestricted free agent next offseason.

No team has been more active this summer than the Grizzlies, who have made six trades and have a reported seventh deal looming with the Celtics, but the moves have mainly been to cut salary and collect future assets rather than to provide any immediate on-court benefit, writes Evan Barnes of The Memphis Commercial Appeal.

Four of the players Memphis has acquired have already been traded or waived, assuming Juan Hernangomez gets shipped to Boston, Barnes notes. He adds that Daniel Oturu, who was part of a deal with the Clippers, is unlikely to remain on the roster when the season starts.

Barnes points out that the deals didn’t address the Grizzlies’ most pressing needs, which are three-point shooting and scoring off the bench. Starters Jonas Valanciunas and Grayson Allen were traded away, and Barnes sees their likely replacements, Steven Adams and Ziaire Williams, as a step down. 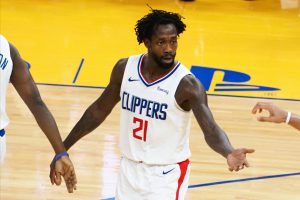