AUGUST 4: More than a month after agreeing to terms with Mills, the Spurs have made his new deal official, announcing the signing in a press release. 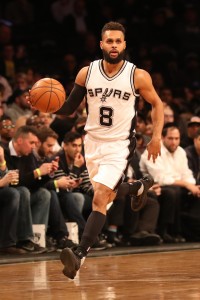 JUNE 30: The Spurs and point guard Patty Mills have come to terms on a four-year, $50MM deal, Adrian Wojnarowski of ESPN tweets.

With the status of Tony Parker in flux following his postseason-ending injury earlier this year, Mills could play a vital role in the future of the Spurs organization, if not as a starter than at least as a key reserve.

In 80 games for the Spurs last year, the backup guard averaged 9.5 points and 3.5 assists per game. Those numbers could easily increase if the veteran plays more than the 21.9 minutes per game he saw in 2016/17.

Last month we wrote that Parker has eyed a possible return date next January, but even if that holds true, Mills will have an opportunity to start for the first half of the 2017/18.

That said, with players like George Hill and Kyle Lowry on the market, Gregg Popovich and company could look to bring another starter on board, bumping Mills back to his reserve role.

The Spurs’ decision on whether to pursue Chris Paul will play a role in which free agents return next season, writes Jeff McDonald of The San Antonio Express-News. The organization would have to clear a massive amount of cap space to offer Paul a max deal, which would probably mean renouncing Patty Mills and not matching an offer sheet for restricted free agent Jonathon Simmons. In addition, Dewayne Dedmon and David Lee both have player options and might also be renounced if they opt out. If the Spurs are able to sign Paul, they will have to fill out the roster using their mid-level exception and veterans minimum deals.

The end of the Spurs’ playoff run puts Manu Ginobili in a familiar position of deciding whether he wants to return for another season, writes Jeff McDonald of The San Antonio Express-News. Ginobili, who will turn 40 in July, received two standing ovations late in Monday’s game from Spurs fans, who understood that it may have been his last night in the NBA. After 15 seasons, Ginobili said he will be in no hurry to decide if he wants another one. “I always wanted to let it sink in for three weeks, four weeks, whatever,” Ginobili said. “Then I will sit with my wife and see how it feels.”

Spurs coach Gregg Popovich recognized the magnitude of the moment, giving Ginobili his first start in three years. Ginobili responded with a 15-point, seven-assist performance that showed he might still have a future in the NBA. “It may or may not be the last game he ever plays in,” Popovich said. “I did not want to miss the opportunity to honor him in front of our home fans.”

There’s more news as the offseason begins in San Antonio:

There’s cause for concern in San Antonio these days, Matt Tynan of USA Today writes, citing the Spurs’ recent injury struggles as a major hurdle heading into the playoff gauntlet.

With LaMarcus Aldridge‘s long-term health in doubt now that he’s been diagnosed with heart complications and Kawhi Leonard‘s recent concussion, the Spurs may lack the star power to compete in the West.

Tynan writes that the Spurs did well to claim home-court advantage over the Warriors in their Saturday night contest but even if they hold on to their current seed or better, navigating the postseason without Aldridge and/or Leonard would be difficult.

While Manu Ginobili is continuing his career with the Spurs this year, several of his longtime teammates are no longer around. Tim Duncan retired this offseason, Boris Diaw was traded to the Jazz, and Matt Bonner has not been re-signed by San Antonio. As Ginobili noted in an article for Argentinian newspaper La Nacion (link via Jorge Sierra of HoopsHype), there has been a real adjustment period for the Spurs this fall without Duncan and others on the team.

“Making it to the locker room and seeing another person in [Duncan’s] place is, without a doubt, odd,” Ginobili said. “It’s been 15 years together; his presence brought a lot of different things. But I insist it’s going to be felt more during the course of the season.

“It also feels strange not having Boris and Matt, who were key too,” Ginobili continued. “Those are big absences. Boris’ is felt on and off the court. Matt’s more off the court because he played less. Those two players made me feel comfortable on a day-to-day basis and everything was enjoyable. I could talk with them about things not related to basketball. I’m going to miss them a lot from a personal standpoint.”

As Ginobili gets accustomed to the new-look Spurs, let’s round up a few other notes from out of San Antonio…

Dwight Howard will start against the Pelicans tonight in his first game since January 23rd, writes Jonathan Feigen of the Houston Chronicle. That’ll be a boost for Houston as it looks to climb from the third seed in the Western Conference. Here’s more from the Southwest Division:

The Spurs will welcome the injured Patty Mills back to their lineup soon, according to Jeff McDonald of The San Antonio Express-News (Twitter link). Mills hasn’t played yet this season after having rotator cuff surgery on his right shoulder during the summer. Mills said he has been cleared for full practices, but is not ready for game action. Coach Gregg Popovich will be careful not to rush him back into the lineup. “If he messes up the shoulder again, we lose him for the season,” Popovich said. “He’s too important.” Mills played through pain last season and was a key contributor off the bench in San Antonio’s run to the championship. Despite the long rehab, the Spurs opted to reward the free agent guard with a contract worth approximately $11MM over three years.

Trevor Ariza and Tyson Chandler were probably the most significant newcomers to the Southwest Division this past summer, but even devoid of an influx of star talent, every team in the Southwest has a winning record so far. I covered Ariza’s impact earlier today in my look at what the Rockets did over the offseason, and there’s more on Chandler amid the latest from around the division:

The players union encourages agents to negotiate contract guarantee dates into non-guaranteed deals for their clients in part to help ward off what happened to Alonzo Gee this summer, writes Grantland’s Zach Lowe. Teams played hot potato with Gee’s contract, which was to remain non-guaranteed until the leaguewide guarantee date in January, and the Kings waived him late last month, in time for him to receive no more than another non-guaranteed pact for the minimum salary with the Nuggets. Gee’s agent Happy Walters didn’t represent the small forward when he signed the contract that teams passed around via trade this summer, and vows to Lowe that he’ll never let a player agree to a non-guaranteed deal without a guarantee date, though it’s unclear what guarantee dates, if any, are involved in Gee’s arrangement with Denver. While we wait to see how that dynamic plays out around the league, and whether Gee can crack the Nuggets opening-night roster, here’s more from around the Western Conference:

JULY 17TH, 6:35pm: The deal is official, the Mavericks announced via a team release.

JULY 5TH, 8:50pm: Dwain Price of The Fort Worth Star-Telegram (Twitter link) is reporting that Harris’ deal is the same as the 3-year, $12MM that Patty Mills received from the Spurs.

2:16pm: A source tells Jody Genessy of the Deseret News (on Twitter) that the deal is actually four years in length and worth $16MM.

1:15pm: The Mavericks and Devin Harris are finalizing a three-year deal, reports Marc Stein of ESPN.com (via Twitter). Re-signing Harris became the team’s top priority after they traded Jose Calderon to the Knicks, Stein mentions.

Harris joined the Mavs on a one-year, minimum salary pact last season and performed well for Dallas coming off the bench. He averaged 7.9 points and 4.5 assists in 20.5 minutes per contest. Although those numbers are a far cry from the figures he was able to put up in his All-Star 2008/09 campaign, he proved himself as a still-capable contributor.

Stein doesn’t mention how much the contract will be worth, but it’s likely more than the minimum Harris agreed to last season. Of course, no deal can become official until July 10, when the league-wide moratorium on signings and trades expires.