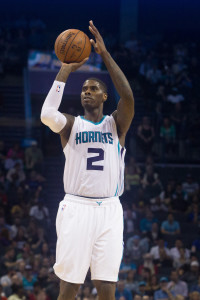 4:38pm: The Hornets and Marvin Williams have struck a deal that will see the forward remain in Charlotte, Adrian Wojnarowski of The Vertical reports (via Twitter). It will be a four-year, $54.5MM arrangement, Wojnarowski adds. He joins small forward Nicolas Batum in re-signing with Michael Jordan’s club this offseason.

The 30-year-old former second round pick out of North Carolina wasn’t without alternatives to the Hornets, with Williams turning down offers in the $15MM per year range in order to remain with the team, Wojnarowski tweets. The Nets were reportedly one of the teams in pursuit of Williams, though it is unknown if the team was among those mentioned offering in excess of $15MM per. Brooklyn moved on and inked Trevor Booker to a two-year, $8MM pact once they received word that Williams was leaning toward returning to Charlotte.