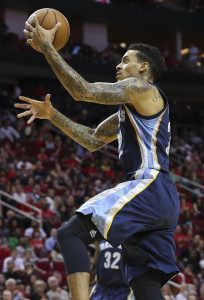 Free agent forward Matt Barnes will sign with the Kings, tweets Marc Stein of ESPN.com. The deal is for $12MM over two seasons, with a player option on the second year, according to James Ham of CSNCalifornia (Twitter link). Sacramento rescinded its qualifying offer to Seth Curry earlier in the day to create room for Barnes.

It’s uncertain how the signing will affect the Kings’ plan for Rudy Gay, who is rumored to be the subject of trade talks with the Pacers. Sacramento gave up another wing player on draft night when it traded Marco Belinelli to the Hornets.