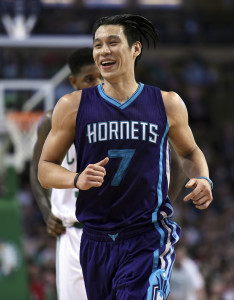 JULY 7th, 4:04pm: The deal is official, Brooklyn announced in a press release.

9:18am: The third year is a player option, Wojnarowski tweets.

JULY 1st, 9:08am: The Nets are closing in on a multiyear deal with unrestricted free agent Jeremy Lin, Adrian Wojnarowski of The Vertical reports (on Twitter). The pact will be for three-years and $36MM, reports Marc Stein of ESPN.com (Twitter link). Lin confirmed he is heading to the Nets via his personal Twitter account.

Lin will reunite with coach Kenny Atkinson, who was an assistant with the Knicks when “Linsanity” broke out during the 2011/12 season. The point guard has failed to recapture the magic of that time since departing New York, but has remained a productive player the past few seasons. It remains to be seen if pairing up with Atkinson will boost Lin’s numbers, but regardless, they land a solid contributor at a position of need.