JULY 9, 7:23pm: The signing is official, the team announced in a press release.

JULY 5, 10:27am: The Sixers have reached an agreement with another free agent guard, according to Chris Haynes of Cleveland.com, who reports (via Twitter) that the team will sign Gerald Henderson. The 76ers and Henderson have agreed to a two-year, $18MM deal, per Haynes. 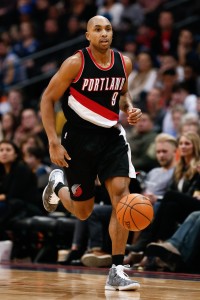 Henderson, 28, spent the first six years of his NBA career in Charlotte before joining the Blazers last season. After averaging more than 31 minutes per game and serving primarily as a starter during his final four years with the Hornets, Henderson came off the bench and played less than 20 minutes a game for Portland in 2015/16, averaging a modest 8.7 PPG and 2.9 RPG to go along with a .439/.353/.767 shooting line.

Henderson is the third veteran guard the Sixers have agreed to sign within the last few days, and each player has come in at around the same per-year price. Jerryd Bayless struck a three-year, $27MM deal with Philadelphia, while Sergio Rodriguez agreed to a one-year, $8MM pact.

Last month, Henderson talked about prioritizing contending teams in free agency this offseason, as opposed to a starting job, but his decision may ultimately be more about the latter than the former. Philadelphia isn’t expect to contend immediately, but the number of young players and the lack of veteran backcourt talent on the roster suggests Henderson could begin the season in the starting lineup.

A Monday report indicated that “seven to eight” teams had expressed some interest in Henderson, including the Trail Blazers, but perhaps none of those teams were offering the sort of playing time – and money – that the Sixers were. The move will represent a homecoming for Henderson, who attended high school just outside of Philadelphia.