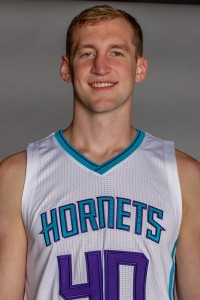 10:54pm: The signing is official, the team announced. “Maintaining and building our young core of players has been a key goal for us the last few years,” GM Rich Cho said.  “We’re excited that Cody will be part of the Hornets organization for years to come. Cody is a hard worker, a team-first player and a versatile talent that was a large part of our success last year. He has improved in each of his three seasons in the NBA. We look forward to a bright future with Cody as a part of the roster that we are continuing to build.”

9:30pm: The Hornets have agreed to a contract extension with Cody Zeller, Adrian Wojnarowski of The Vertical reports (on Twitter). It will be a four-year, $56MM arrangement per the scribe. The pact doesn’t include any options, according to Jeff Goodman of ESPN.com (Twitter link).

The extension is a solid value for Charlotte, according to Bobby Marks of The Vertical (via Twitter), who notes that the first year salary on the deal is below his free agent cap hold and it won’t push the Hornets over the luxury tax line in 2017/18. Zeller is earning $5,318,313 this season.