The Celtics and Cavaliers have reached an agreement that will end the week-long hold-up of the Kyrie Irving deal, Adrian Wojnarowski of ESPN.com reports (Twitter link). In addition to the previously agreed upon bounty—Isaiah Thomas, Jae Crowder, Ante Zizic, and Brooklyn’s 2018 first-round pick—Boston will also send a 2020 second-round pick to Cleveland. 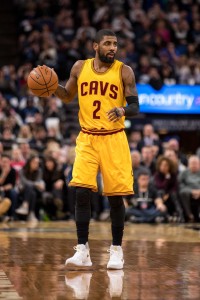 The additional pick on the move is Miami’s 2020 selection. Boston received the pick back in 2015 when the Heat attached it to Zoran Dragic in order to move his salary.

The two sides had an agreement in place eight days ago, but Cleveland had concerns over Isaiah Thomas‘ hip after examining the point guard during the routine post-trade physical. After the discovery, the Cavs re-engaged with Boston in the hopes of receiving either a young prospect or a future first-rounder on top of the players in the original offer, suggesting that the Celtics understated the scope of Thomas’ injury. However, Boston was firm on not giving up anything more than the second-rounder in the deal.

It was reported earlier today that there’s at least a slight chance that Thomas misses the entire 2017/18 season if his recovery doesn’t progress as smoothly as hoped. How IT heals and returns from his hip injury will be a major developing story as the season progresses for a bevy of reasons. The point guard can become a free agent at the end of the campaign. So can LeBron James. Both the team and James would certainly like to evaluate how Thomas fits alongside the four-time MVP before any future decisions are made.

For the Celtics, another excellent offseason seemingly concludes. A year after signing Al Horford to a four-year deal, the team made several additions that should help in both the short- and long-term. Boston landed the No. 1 pick in the lottery and dealt it to the Sixers for the pick that became Jayson Tatum – one of the most pro-ready prospects from the 2017 draft – and an additional future first-rounder. The franchise also agreed to terms with Gordon Hayward before trading for Marcus Morris.

Adding Irving to the mix only solidifies the Celtics as a true contender in the Eastern Conference. The C’s bested Cleveland and the rest of their conference rivals with 53 wins last season, though they were dispatched handily by the Cavs in the Eastern Finals as they watched an LBJ-led team dance into the NBA Finals for a seventh straight season.

The last team to win the East without LeBron? The 2009/10 Celtics. That squad, which was led by Kevin Garnett and Paul Pierce, beat James’ Cavaliers in the King’s last game before moving to Miami before reaching the NBA Finals. Boston will again look to get by James in 2017/18 in the hopes of landing the Eastern Conference crown and this time, the Larry O’Brien Trophy as well.

The Cavs and Celtics play each other in the league’s first game of the 2017/18 season. There’s plenty of time to get your popcorn ready for the October 17 showdown and the upcoming season.