Hoops Rumors is breaking down the 2017 offseason for all 30 NBA teams, revisiting the summer’s free agent signings, trades, draft picks, departures, and more. We’ll evaluate each team’s moves from the last several months and look ahead to what the 2017/18 season holds for all 30 franchises. Today, we’re focusing on the New Orleans Pelicans. 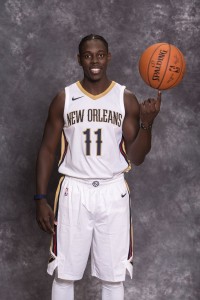 Check out the New Orleans Pelicans’ full roster and depth chart at RosterResource.com.

Entering the 2017 offseason, there was no guarantee that general manager Dell Demps and head coach Alvin Gentry would be back with the Pelicans. The club has posted a 64-100 record during Gentry’s two seasons with the team, despite having arguably the NBA’s best big man in Anthony Davis. As for Demps, New Orleans won 46 games during his first year as GM back in 2010/11, but has topped 34 wins just once since then.

After pulling off a widely lauded trade for DeMarcus Cousins last winter though, Demps bought himself a little more time to see if the club can make the Davis/Cousins tandem work, and Gentry is sticking around too. Still, while the Pelicans didn’t make any leadership changes this offseason, the clock may be ticking on Demps and Gentry.

That ticking clock meant that the Pelicans entered the summer intent on building a win-now roster, but didn’t have the salary cap flexibility necessary to be as aggressive as the front office might have liked. The outcome? A potential overpay for Jrue Holiday, whose Bird rights were held by the team, and then a few smaller moves intended to fill in the gaps of the rotation.

The resulting roster looks stacked in certain areas and lacking in others, and will be under a lot of pressure to perform this season. If things go south in New Orleans, major changes could be in store for the Pelicans at the trade deadline or during the 2018 offseason.

The Pelicans traded Tim Frazier for a second-round pick, then sold that pick for a modest $1MM on draft night, meaning Frazier essentially amounted to a salary dump. The young point guard had shown some promise last season as the club’s primary backup and occasional starter, but with luxury tax concerns looming and Rajon Rondo landing in New Orleans, jettisoning Frazier was probably the right call.

The club’s decision to trade Quincy Pondexter to Chicago in another salary dump was a little more questionable. The Pelicans sent their own 2018 second-round pick and $2.5MM in cash to the Bulls to complete the deal, which netted them nothing but cap savings.

Stretching Pondexter’s salary instead of trading him would have left New Orleans with an extra $1.28MM on its cap for 2017/18, and given the club’s proximity to both the tax line and the hard cap, it’s easy to see why management – and possibly ownership – felt clearing that money was necessary. But it was a steep price to pay to clear such a small cap hit, and raises larger questions about the Pelicans’ cap management.

The Pelicans’ other departing players – Donatas Motiejunas, Quinn Cook, and Axel Toupane – played small roles for the club last season. Losing them won’t have a significant impact on the roster. 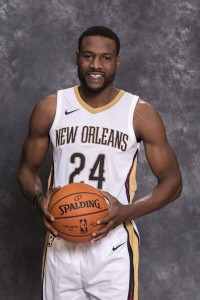 While I have serious questions about the Pelicans’ investment in Holiday, particularly since the addition of Rondo signals that Holiday may not even open the season as the starting point guard, the team did some solid work on the periphery of the free agent market this summer. For less than $11MM in guaranteed money, New Orleans picked up Rondo, Darius Miller, Dante Cunningham, Tony Allen, and Ian Clark.

Rondo has been one of the NBA’s biggest enigmas in recent years, but at a price of $3.3MM, it’s certainly worth rolling the dice to see how frequently he can be the player who looked dominant in leading the Bulls to a 2-0 series lead over the Celtics in the spring.

Cunningham, Allen, and Clark were all players I expected to land larger contracts in free agency this summer, so it was a coup for the Pelicans to re-sign Cunningham for $2.3MM and to land Allen and Clark for the minimum.

Of the Pelicans’ offfseason additions, Miller is perhaps the biggest wild card. Last seen in the NBA during the 2014/15 season, the former second-round pick was essentially a non-factor in his previous stint with New Orleans. However, the Pelicans clearly liked what they saw from him during his time with Brose Bamberg in Germany, having used part of their mid-level exception to sign him.

Miller shot 41.5% on threes last season for his German club, so he’ll join Clark and Cunningham as some of the only long-distance threats on the Pelicans’ roster. Neither Clark nor Cunningham attempted a ton of three-pointers last season, but they had good percentages, and will be relied upon to keep defenses honest and help space the floor, particularly if Allen and Rondo are on the court.

Although the combination of Cousins and Davis is a tantalizing one, the Pelicans will face an uphill climb in a daunting Western Conference. With Solomon Hill, Frank Jackson, and Omer Asik already battling health problems, New Orleans’ depth will be tested early, and the team will be under pressure to make both its frontcourt duo and its point guard pairing (Rondo and Holiday) work out of the gate.

There’s no questioning the talent on the roster, and it’s possible the Pelicans will find a way to make it work. But it’s not hard to imagine a worst-case scenario that looks something like the 2016/17 Magic, who made a similar win-now push after a 35-win showing, only to have their season blow up. Serge Ibaka was flipped to a new team months after Orlando acquired him, and the front office was overhauled at season’s end. That same fate could await Cousins and Pelicans management if the club’s new-look roster doesn’t deliver on-court success this season.

One thought on “2017 Offseason In Review: New Orleans Pelicans”