For several years following their title in 2011, the Mavericks pursued the top free agents on the market, looking to remain in contention for another championship as Dirk Nowitzki neared retirement. However, Dallas repeatedly struck out on those star free agents, finally resigning itself to embracing a rebuild in the summer of 2017, even as the clock on Nowitzki’s career continued to tick.

By keeping their 2017 lottery pick and using it to draft a long-term cornerstone in Dennis Smith Jr., the Mavs showed they have the ability to be patient when it comes to shaping their roster back into a contender. Heading into the 2018 offseason, it’s crucial that the team maintains that approach, avoiding the temptation to skip steps in the rebuilding process as they look to improve upon their worst record (24-58) in nearly two decades. 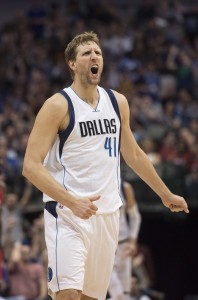 1. Is this Dirk Nowitzki’s last season?

After a 14-year stretch in which he earned 13 All-Star nods, Nowitzki has seen his production decline in recent years and hasn’t played in an All-Star Game since 2015. That’s to be expected — he turns 40 next month and will be entering his 21st NBA season in the fall, establishing a new record for most years spent with a single franchise.

Nowitzki remains relatively productive and even stayed healthy in 2017/18, averaging 12.0 PPG and 5.7 RPG with a .456/.409/.898 shooting line in 77 games. He’s certainly not wasting a roster spot, and the Mavericks will be happy to keep him under contract as long as he wants to play.

After a couple years when the Mavs made some questionable roster decisions in order to try to contend for one more title before Nowitzki retired, the team appears to have reconsidered that approach, which is the right move. If Nowitzki decides 2018/19 will be his last year, he’ll get a well-deserved farewell tour, but his decision shouldn’t have a real impact on the Mavs’ roster decisions this summer. Dallas needs to keep adding building blocks for the post-Nowitzki era, whether that era begins in 2019 or another year or two later.

2. Will the Mavericks be back in the market for an impact free agent?

The Mavericks’ list of failed free agent pursuits over the last several years is a long one. Deron Williams, Dwight Howard, DeAndre Jordan, Mike Conley, and Hassan Whiteside were among the veteran stars the Mavs were unable to land. Of the major free agents the team did lock up, two are still on the roster and neither Harrison Barnes nor Wesley Matthews looks like a particularly great value at this point.

The Mavs probably lucked out by not signing any of the players on that first list. Williams is out of the league, Howard has worn out his welcome with multiple teams, and the Jordan, Conley, and Whiteside contracts range from decent to unwanted. As for Barnes and Matthews, both are solid players, but are probably overpaid — particularly Matthews, who never looked quite the same after his Achilles injury.

The lesson here? Throwing money at veteran free agents might not be the best way to build a team. Of course, the Mavs are loaded with cap room this summer at a time when most clubs around the NBA, so it may be hard not to go after a marquee free agent. If Dallas goes in that direction, the team should be very careful about who it spends its money on.

This may be a prime opportunity to finally land a long-term center, but is DeMarcus Cousins worth a big-money investment coming off an Achilles injury of his own? Would Clint Capela continue to thrive away from Chris Paul and James Harden? Are Jusuf Nurkic or Julius Randle capable of being franchise centerpieces? All those players have question marks, so the Mavs will want to think long and hard about how to use their cap room.

3. What will the Mavericks do with the No. 5 overall pick?

If the Mavs avoid a big-money free agent, the No. 5 pick in next month’s draft may be the path to solving the center question. Five players projected to be drafted in the top 10 are centers, and while Deandre Ayton won’t be available at No. 5 and Marvin Bagley III may not be either, that should still leave some combination of Jaren Jackson Jr., Mohamed Bamba, and Wendell Carter Jr. on the board.

If the Mavs aren’t in love with any of those players, they could draft another position or even consider trading the No. 5 pick. I don’t think Dallas is far enough along in its rebuild that it’s the right time to trade a top-five selection for a veteran star, but if Mark Cuban and Donnie Nelson think otherwise, that pick would have tremendous trade value. Attaching Barnes to that No. 5 pick in an offer for a star player would allow the Mavs to retain their cap room to go after a second impact player. That’s probably not a likely outcome, but it’s a path worth considering.

4. Will Harrison Barnes and/or Wesley Matthews be on the trade block?

Speaking of Barnes, now that he’s halfway through his four-year contract in Dallas, it’s worth considering how he fits into the team’s long-term plans. Given the opportunity to take on an expanded role with the Mavs, Barnes has comfortably exceeded the scoring numbers he posted in Golden State, but that’s more about volume than efficiency — After shooting .474/.394/.739 in his last two years as a Warrior, he has recorded a .457/.355/.843 shooting line in Dallas.

Barnes is a talented player, but his role and his contract ($24MM+ in 2018/19 with a $25MM+ player option for 2019/20) are outsized. If the Mavs get a decent trade offer for him, they should think about it, and the same goes for Matthews, who is entering the final year of his contract. Barnes and Matthews aren’t elite three-point shooters, but they make enough outside shots that they could draw interest from teams who desperately need three-and-D-type wings, and Dallas should listen.

5. How can the Mavericks add more shooting?

The downside of shopping Barnes and Matthews would be the prospect of the Mavs losing two of their highest-volume three-point shooters. Vets J.J. Barea and Nowitzki are reliable options from outside, but they aren’t the sort of gunners who are tossing up seven or eight attempts per game and thriving in the modern NBA.

The closest thing the Mavs have to a three-point sharpshooter is Doug McDermott, who arrived in Dallas in a deadline deal and knocked down 49.4% of his three-point attempts in 26 games with the team. However, McDermott is a free agent this summer. Because he’s restricted, the Mavs will have the opportunity to match any offer sheet McDermott receives, but his status is complicated by a cap hold worth nearly $10MM, which would significantly eat into the club’s available cap room.

If the Mavs turn to the free agent market for shooting, it will be interesting to see how much they’re willing to spend. As the Sixers showed this season, the Marco Belinellis and Ersan Ilyasovas of the world can sometimes be had at a bargain rate, so the club may not need to go after a higher-profile target to address that need.

Here’s where things currently stand for the Mavericks financially: 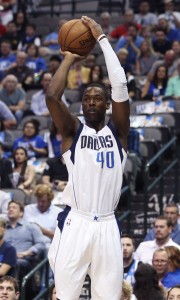