After a 2017 offseason in which no NBA teams replaced their head coaches, that brief period of league-wide stability came to an end early in the 2017/18 regular season, when the Suns fired Earl Watson after just four games. Since then, eight more teams have made head coaching changes, ending some of the longest-term marriages around the league. 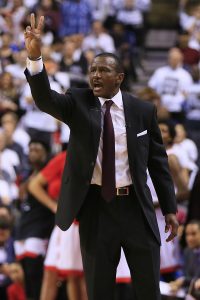 Dwane Casey (Raptors) had been the league’s fourth longest-tenured head coach, while Mike Budenholzer (Hawks) had been sixth on that list and Steve Clifford (Hornets) was seventh. All three of those head coaches now have new jobs with other clubs.

Of course, some of the NBA coaching changes in recent months have involved head coaches who weren’t with their teams for long. When we examined the league’s longest-tenured coaches a year ago, David Fizdale (Grizzlies) and Jeff Hornacek (Knicks) represented two of the three most recent hires. Both men have since been replaced.

Given all the turnover in the head coaching ranks, it’s time we updated our list. Here’s the current breakdown of the NBA’s longest-tenured head coaches by team, sorted by the date they were hired: