JULY 8: The Tolliver signing is now official, according to the NBA’s transactions log.

JULY 2: The Timberwolves have withdrawn their qualifying offer for Nemanja Bjelica, reports ESPN’s Adrian Wojnarowski (via Twitter). The move will make Bjelica an unrestricted free agent, with Minnesota losing the right of first refusal. 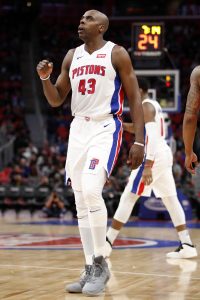 With Bjelica expected to land elsewhere, the Wolves will fill his spot on the roster by signing Anthony Tolliver.

According to Charania (via Twitter), Tolliver’s new one-year contract with the Timberwolves will be in the $5-6MM range, so it sounds like the team will sign him using its mid-level exception.

If the Wolves want to avoid becoming hard-capped for the 2018/19 league year, they’d have to ensure that Tolliver’s salary doesn’t exceed $5.337MM, the value of the taxpayer mid-level exception. However, Jon Krawczynski of The Athletic (Twitter link) pegs the value at $5.75MM. That would mean dipping into the full MLE and creating a hard cap.

The Timberwolves made Tolliver a priority when the free agent period opened, according to Darren Wolfson of 5 Eyewitness News, who tweets that Tom Thibodeau had two separate phone calls with the veteran forward. Tolliver also drew interest from the Clippers, Mavericks, and Sixers, but liked the idea of returning to Minnesota, where he spent two seasons earlier in his career.

Bjelica, 30, averaged 6.8 PPG and 4.1 RPG in 20.5 minutes per contest (67 games) for the Wolves last season. His .415 3PT% should appeal to teams in the market for a stretch four, especially now that he’s an unrestricted free agent.