JULY 6: The Pistons have officially signed Derrick Rose, according to NBA.com’s log of transactions.

JUNE 30: Free agent Derrick Rose has agreed to a two-year, $15MM deal with the Pistons, according to ESPN’s Adrian Wojnarowski (Twitter link). 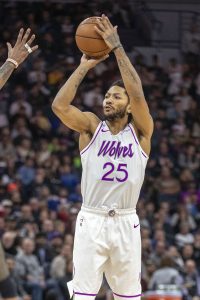 As for the Pistons, they were in the market for a point guard to join Reggie Jackson at the position, with Ish Smith and Jose Calderon headed for unrestricted free agency.

Detroit has the full mid-level exception at its disposal and will use a portion of that MLE to sign Rose. The deal should leave the Pistons with about $2MM on its mid-level.