After perhaps the wildest free agent period in NBA history, our list of longest-tenured players by team is in desperate need of an update. 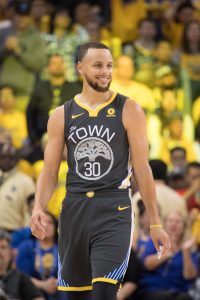 When we compiled this list a year ago, it was headed up by veterans like Dirk Nowitzki, who had been a Maverick since 1998, and Manu Ginobili, who had been on the Spurs‘ roster since 2002. Both players are now retired. Stars like Mike Conley and Russell Westbrook rounded out our top five, but those two guards have since moved onto new teams. So have Kemba Walker, Anthony Davis, Derrick Favors, and many other players who had spent most of the decade with the same organization.

In fact, of the 30 longest-tenured players by NBA team on our 2018 list, just 14 remain with the same team now. Of those 14, Heat veteran Udonis Haslem and Warriors star Stephen Curry are the only players who have been with their current franchise for more than 10 years.

That means that the league’s other 16 teams have new longest-tenured players, and in some cases, those names may come as a bit of a shock. Cristiano Felicio, Ivan Rabb, and Frank Ntilikina are among the players on the list below.

Here are the NBA’s current longest-tenured players by team as of the 2019 offseason: