JULY 29: Nearly four weeks after agreeing to terms with him, the Pacers have officially signed McConnell, the team confirmed today (via Twitter). 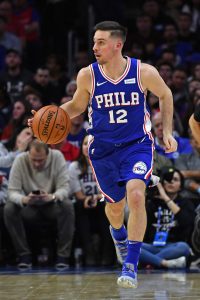 McConnell, who went undrafted out of Arizona in 2015, caught on with the Sixers and spent his first four NBA seasons in Philadelphia before becoming an unrestricted free agent this summer.

With Darren Collison retiring and Cory Joseph heading to Sacramento this offseason, the Pacers have addressed the point guard position by agreeing to acquire Malcolm Brogdon in a sign-and-trade, coming to terms on a new deal with Edmond Sumner, and now reaching an agreement with McConnell. Last year’s first-round pick Aaron Holiday is also on track to return to help fill out the depth chart.

As ESPN’s Bobby Marks observes (via Twitter), the Pacers projected to have a little over $5MM available in cap room before their deal with McConnell. He could be signed using some of that space, or the team could wait and fit his contract into its $4.8MM room exception.