Before even playing a regular season game for the Nets, Taurean Prince has been locked up for an additional two years by the club. 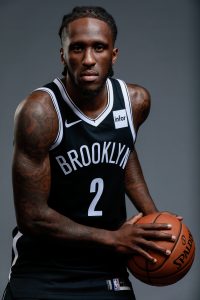 Prince’s agent, Steve Heumann of CAA Sports, tells ESPN’s Adrian Wojnarowski (Twitter link) that the forward has agreed to a two-year, $29MM extension with Brooklyn. The Nets have put out a press release confirming that the move is official.

The acquisition of Prince was somewhat overlooked during a busy Nets offseason — he was part of the return in a trade that sent Allen Crabbe and two first-round picks to Atlanta. In addition to clearing the cap space necessary to land both Kyrie Irving and Kevin Durant, that deal netted Prince, who’s coming off a couple solid seasons with the Hawks.

Although he hasn’t been with the franchise for long, Prince already appears to be sold on Brooklyn. He told Brian Lewis of The New York Post last week that he was hoping to sign a rookie scale extension.

“I want to be here as long as I can. And whatever happens, happens, but I’m just happy to play good basketball,” Prince said. “One hundred percent, yeah. For sure. This is the best organization I’ve been in.”

With Prince on the books for 2020/21, the Nets now project to have at least $135MM in team salary next year, tweets Bobby Marks of ESPN.com. That doesn’t take into account team options for Garrett Temple and others, or cap holds for possible first-round picks and free agents like Joe Harris, so Brooklyn’s roster could get quite expensive if the team wants to keep it together.