After days of rumors that he was on the way out, John Beilein has officially resigned as coach of the Cavaliers, the team announced in a press release. Beilein will remain with the team and will be assigned to a different role. 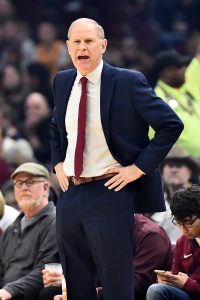 “Over these last nine months, I have given my all to this organization, but after much reflection, I have decided that it is best that I step back and resign from my position as head coach of the Cleveland Cavaliers and assist the organization in a different capacity,” Beilein said. “I am very grateful to (owner) Dan Gilbert, (general manager) Koby Altman and the entire Cavaliers organization for the opportunity they have provided me.”

Beilein, 67, had a rocky road throughout his first NBA season after four decades of success in the college ranks. He posted a 14-40 record, but the losing was expected with a rebuilding team. It was Beilein’s coaching style that reportedly alienated many of his players, and he often seemed out of touch with the NBA game.

Beilein was second-guessing his decision to leave Michigan as far back as the preseason, according to a report from The Athletic this morning. He found that his players didn’t respond well to lengthy practices and film sessions, and he wasn’t used to the idea of load management to help veterans get through an 82-game season.

“This was a very difficult decision for me,” Beilein added in the press release, “but I want to be clear – this was my decision to step down and I truly appreciate the understanding and support of the front office during this time. I find losing very challenging and this year has taken a much bigger toll on me than I expected. I grew concerned for the consequences this toll could potentially take on my own health and my family’s well-being down the road. I was not certain I could be at my best for the remainder of the season and in the future. That would not be fair to the players, coaches and support staff.”

Beilein’s new role and how long he will remain there haven’t been determined, tweets Chris Fedor of Cleveland.com. Sources expect Beilein to be heavily involved with the draft because of his connections to the college game.

Beilein spent 12 years at Michigan, leading the team to nine NCAA Tournament appearances and two Final Fours. He compiled 829 total college wins with 20 postseason appearances. Those credentials convinced the Cavaliers to gamble on him despite a lack of NBA experience, giving him a five-year contract in May.

“John Beilein is one of the more accomplished basketball coaches in the history of our game and while it’s unexpected, we understand and respect his decision to step down as head coach of the Cavaliers,” Altman said. “I was excited about the development of our young players, who have all shown growth and maturity under Coach Beilein. We are thankful for the time he spent as head coach with the Cavaliers and are looking forward to his continued contribution. The NBA is a unique business that sometimes requires aggressive risk-taking on important long-term decisions to move a franchise forward and ultimately compete for championships. I would like to thank the incredible fans of the Cavaliers for their support in both good and challenging times. Building a strong culture will continue to be the top priority here at the Cavaliers.”

As expected, assistant coach J.B. Bickerstaff will be promoted to replace Beilein. He has previous experience as a head coach with the Rockets and Grizzlies, compiling an 85-131 record. Every assistant coach is likely to be promoted, according to Fedor, which means Lindsay Gottlieb figures to move to the front of the bench (Twitter link).