FEBRUARY 11: The Mavericks have officially signed Kidd-Gilchrist and waived Broekhoff, the team announced today (via Twitter). 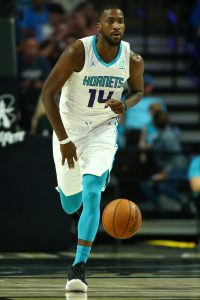 FEBRUARY 10: Former Hornets forward Michael Kidd-Gilchrist will sign with the Mavericks, who will waive shooting guard Ryan Broekhoff to carve out roster space for their new addition.

After Kidd-Gilchrist fell out of favor in Charlotte’s rotation and the team opted not to move his expiring contract, he agreed to a buyout in the final season of his four-year, $52MM contract. The former No. 2 overall pick appeared in only 12 games for the Hornets this year, after being a defensive staple in prior seasons. The Mavericks hope he can help flesh out their roster depth as they grapple with a wave of injuries.

The 6’6″, 29-year-old Broekhoff has appeared in 59 games during his two seasons with the Mavericks, including one start this season. Though seldom used (he’s averaging 10.7 minutes per game), Broekhoff is a career 40.3% long-range shooter on 2.4 looks a night, and connects on 81.5% of his free-throw attempts.

Brad Townsend of The Dallas Morning News tweets that Broekhoff is “universally loved” in Dallas’ locker room, but his expiring, minimum-salary contract made him the club’s most logical release candidate. He’ll clear waivers later this week if he goes unclaimed.

According to an earlier report, Kidd-Gilchrist surrendered $810,763 of his $13MM salary for 2019/20 in his buyout with Charlotte. He’ll make nearly that entire amount back on his new minimum-salary deal with Dallas.