MARCH 6: The Lakers have officially signed Waiters, the team announced this afternoon in a press release. 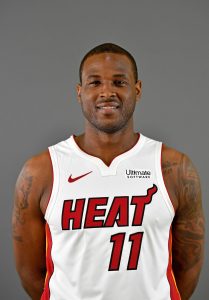 MARCH 5: The Lakers and free agent guard Dion Waiters have agree to a deal that will cover the remainder of the 2019/20 season, reports Shams Charania of The Athletic (Twitter link). Los Angeles has an open spot on its 15-man roster after waiving Troy Daniels on Sunday, so no corresponding move will be required.

After starting the season with Miami, Waiters was traded to the Grizzlies at the deadline last month and was subsequently waived by Memphis. The 28-year-old had a workout for the Lakers earlier this week and was said to have made a good impression during his visit with the team, leading to today’s contract agreement.

It remains to be seen how much Waiters will actually play in Los Angeles, but the team had been in the market for a little more play-making and scoring on the perimeter, which he can potentially provide. The Lakers were also said to be considering J.R. Smith, who auditioned for the club earlier this week too. Both players are represented by Klutch Sports, the agency that reps LeBron James and Anthony Davis.

Rich Paul, the head of Klutch Sports, has had multiple conversations with the Lakers about Waiters, according to Charania, who notes (via Twitter) that the team is willing to release the veteran guard if things don’t work out.

Although Waiters’ contract must be guaranteed at this point of the season, it sounds like the Lakers are taking a similar approach to the one they took when they signed Dwight Howard to a non-guaranteed deal last offseason. Howard has made the most of that bounce-back opportunity in Los Angeles — we’ll see if Waiters can do the same.

Having used their disabled player exception to sign Markieff Morris, the Lakers have no available cap exceptions worth more than the minimum, so Waiters’ new deal will be worth a prorated portion of the veteran’s minimum. If he officially signs tomorrow, he’ll earn $503,656 for the rest of the season, with L.A. assuming a cap hit of $375,385.