Of course, this time around, Milwaukee was hoping for a better outcome than last year’s Eastern Conference Finals loss to Toronto. If the season can be resumed, the Bucks’ success in the postseason may well factor into Giannis Antetokounmpo‘s decision on his future, which will in turn significantly impact the organization’s long-term cap outlook.

Here’s where things stand for the Bucks financially in 2020/21, as we continue our Salary Cap Preview series: 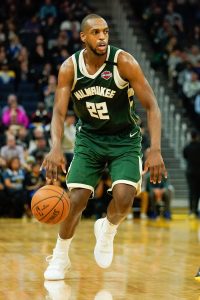 With $114MM in guaranteed money already committed to just eight players, the Bucks definitely won’t have cap room during the 2020 offseason, regardless of whether the cap increases beyond its current $109MM figure.

If (Robin) Lopez and Matthews exercise their player options, Ilyasova returns on his non-guaranteed salary, and Milwaukee keeps its first-round pick, the team would be right up against the tax line and would likely be limited to the taxpayer mid-level exception rather than having the full MLE or bi-annual exception available.

Depending on where exactly the cap lands, I could see the Bucks parting with Ilyasova to gain some added flexibility. He has played a pretty modest role this season and clearing his $7MM salary would increase the odds of avoiding the tax and possibly even opening up the club’s full MLE, though that still could be a tight fit.