JUNE 30: The Cavaliers have officially signed Bell and Wade to multiyear contracts, the team confirmed today in a press release. We passed along more details on Bell’s two-year deal and Wade’s four-year pact right here.

JUNE 29: The Cavaliers are filling the two openings on their 15-man roster with a pair of big men. The club has agreed to a multiyear contract with forward/center Jordan Bell, according to Chris Fedor of Cleveland.com (Twitter link), and is signing two-way player Dean Wade to a multiyear deal, per Adrian Wojnarowski of ESPN (Twitter link). 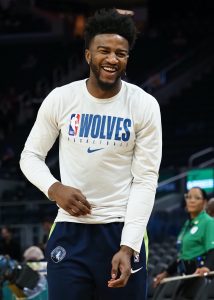 Bell, a former Warriors rotation player, signed a one-year, minimum-salary contract with the Timberwolves last summer, but didn’t establish himself as a reliable rotation player in Minnesota, averaging 3.1 PPG and 2.9 RPG in 27 games (8.7 MPG).

Prior to the trade deadline, Bell was sent to Houston in the four-team Clint Capela trade, then was flipped to Memphis in exchange for Bruno Caboclo. The Grizzlies subsequently released Bell, who joined the Wizards’ G League affiliate, the Capital City Go-Go. However, the NBA and G League seasons were suspended just one day later, so Bell didn’t see any action for the Go-Go.

As Bobby Marks of ESPN notes (via Twitter), since Bell was waived after March 1, he wasn’t eligible to play in the postseason this summer, but that obviously wasn’t a concern for the Cavs.

Meanwhile, because only the 22 teams participating in the NBA’s restart are eligible to sign substitute two-way players this week, Cleveland can’t sign a free agent to fill Wade’s vacated two-way slot.