NOVEMBER 30: The Celtics have officially signed Teague, the team announced today in a press release. 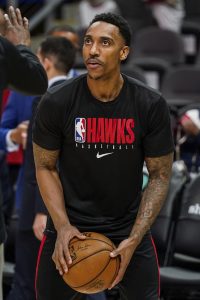 The move comes on the heels of a report that former Celtics point guard Brad Wanamaker has reached an agreement to sign Golden State. Teague, a former All-Star, figures to play a similar role to the one Wanamaker played in 2019/20, serving as the primary backup for Kemba Walker.

A few weeks before reaching free agency, Teague spoke to Michael Scotto of HoopsHype about his priorities, indicating that – after spending last season with two lottery-bound teams – he wasn’t eager to join another rebuilding team.

“Honestly, I just want to go to a team where we’re playing to win. I want to win,” Teague said at the time. “… If that’s starting or coming off the bench, I just want to play a significant role in winning. That’s really it for me. I know if I get a chance to play and compete, I’m going to play well. I’m not really worried about an exact situation, or I need to be able to start or whatever.”

He’ll get a chance to play for a winning team in Boston, as the Celtics look to make another deep playoff run after earning a spot in the Eastern Finals in three of the last four seasons.