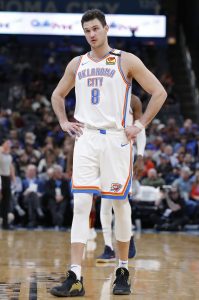 Gallinari spoke last month about potentially prioritizing the chance to win a title over finding the most lucrative contract possible in free agency. While Atlanta is a team on the rise and badly wants to make the postseason in 2021, joining the Hawks certainly won’t give the veteran forward his best chance at a championship.

Still, it’s hard to fault Gallinari for opting for a lucrative long-term deal, since this may have been his last, best opportunity to secure a big multiyear payday. According to Wojnarowski (via Twitter), the $61.5MM that Gallinari will receive is the largest amount ever on a multiyear contract for a player in his 30s who has never made an All-Star team.

The Hawks, who entered the evening with more cap room available than any other NBA team, still have about $26MM to work with, per ESPN’s Bobby Marks (Twitter link).

An earlier report indicated that Atlanta was confident about landing at least two players from a group that included Gallinari, Rajon Rondo, Joe Harris, and Davis Bertans, so those are the players to watch for the Hawks. Given the positional overlap between Bertans and Gallinari and the fact that Harris is considered likely to re-sign in Brooklyn, Rondo looks like the team’s best bet.