NOVEMBER 30: The Nuggets have officially signed Green, the team announced in a press release.

NOVEMBER 21: The Nuggets have reached an agreement to sign free agent forward JaMychal Green to a two-year, $15MM contract, league sources tell Shams Charania of The Athletic (Twitter link). The deal will include a second-year player option. 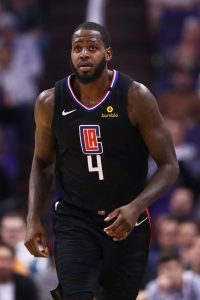 Denver’s depth chart took a hit earlier tonight when power forward Jerami Grant and center Mason Plumlee both agreed to sign with the Pistons. Signing Green will allow the team to replenish some of that lost frontcourt depth.

Green’s numbers don’t jump off the page, but he’s a reliable three-point shooter (39.4% over the last two seasons) and a versatile frontcourt defender who can play the five in smaller lineups. He averaged 6.8 PPG and 6.2 RPG in 63 games (20.7 MPG) for the Clippers last season and was an important role player for the team in the postseason.

Based on the reported figures for Green’s new deal, it appears the Nuggets will use a chunk of their mid-level exception to bring him aboard.

Meanwhile, the Clippers will now be looking to fill some holes in the frontcourt themselves. Although they agreed to re-sign Marcus Morris, they’ve now lost both Green and Montrezl Harrell since free agency opened.