2:42pm: The Nets have officially announced the addition of Vonleh in a team press release. He will be available for tomorrow night’s game against the Pistons, per Malika Andrews of ESPN (Twitter link). 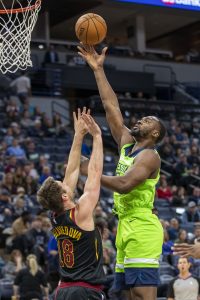 9:29am: Free agent power forward-center Noah Vonleh will sign with the Nets, tweets Shams Charania of The Athletic.

Vonleh will add frontcourt depth to a team that has been lacking in big men since parting with Jarrett Allen last month in the James Harden trade. Brooklyn, which recently added Norvel Pelle and Iman Shumpert, will have a full 15-man roster for the first time since the deal once the Vonleh signing becomes official.

Vonleh had several opportunities to join the G League bubble in Orlando, but he decided to wait for a call from an NBA team, according to Blake Murphy of The Athletic (Twitter link).

The 25-year-old signed with the Bulls in the offseason, but never played for the team. He contracted COVID-19 during training camp and was waived in December before the season began.

A lottery pick in 2014, Vonleh has been with six teams during his six-year NBA career. He started last year with the Timberwolves before being traded to the Nuggets at the deadline. He averaged 3.7 points and 3.4 rebounds in 36 total games.