Relying on the trade machines at ESPN.com or TradeNBA.com may be the simplest way for NBA fans to verify whether or not a trade will work under league rules, but it’s worth examining the primary tool in the NBA’s Collective Bargaining Agreement that determines a trade’s viability — the traded player exception.

There are two different types of traded player exceptions used in NBA deals. One applies to simultaneous trades, while the other applies to non-simultaneous deals.

In a simultaneous trade, a team can send out one or more players and can acquire more salary than it gives up. In a non-simultaneous trade, only a single player can be dealt, and the team has a year to take back the equivalent of that player’s salary, plus $100K.

Let’s look into each scenario in greater detail….

In a simultaneous trade, different rules applies to taxpaying and non-taxpaying clubs. A non-taxpaying team can trade one or more players and take back….

Here’s a recent example of these rules in effect: 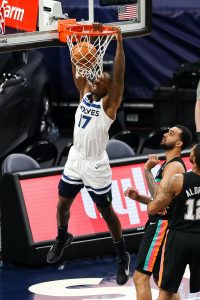 Last November, the Timberwolves sent Jacob Evans, Omari Spellman, and a second-round pick to the Knicks in exchange for Ed Davis.

For taxpaying teams, the traded player exception rules for a simultaneous trade are simpler, albeit more restrictive. A taxpaying club can send out one or more players and take back 125% of the outgoing salary, plus $100K, no matter how much – or how little – outgoing salary is involved. If the Warriors were to trade Kelly Oubre‘s $14,375,000 expiring contract, for instance, they could take back up to $18,068,750.

In non-simultaneous deals, a team can trade away a single player without immediately taking salary back in return. The team then has up to one year in which it can acquire one or more players whose combined salaries amount to no more than the traded player’s salary (plus $100K).

For instance, before the Knicks sent Ed Davis to Minnesota, they acquired him from the Jazz – along with a pair of second-round picks – in exchange for just cash. From Utah’s perspective, that was a non-simultaneous trade, allowing them to create a traded player exception worth Davis’ salary ($5,005,350).

The Jazz will have a year to use that exception to acquire one or more players whose salaries total up to $5,105,350 (Davis’ salary, plus $100K). If they don’t use the full trade exception within a year, it will expire.

Putting the two together:

When evaluating an NBA trade, it’s worth remembering that the two teams can view the deal entirely differently and that they’re allowed to divide a single trade into multiple parts to maximize their flexibility. For example, one team could consider a trade simultaneous, while the other team breaks the transaction down into two separate trades, one simultaneous and one non-simultaneous.

From the Nets’ perspective, the trade broke down as follows: 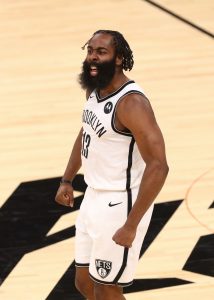 Here’s how it looked from the Rockets’ perspective:

Here’s how the Cavaliers completed the trade:

And here’s the Pacers’ perspective:

The traded player exception is one of the CBA’s more complicated tools and can make it challenging for over-the-cap teams to navigate the trade market. It’s undoubtedly simpler to use an online trade machine to determine whether a deal is legal, but examining the rules and figuring out exactly how a blockbuster trade breaks down can provide rewarding insight into an NBA club’s management of its cap.