AUGUST 11: The Clippers have officially re-signed Jackson, according to NBA.com’s transactions log. 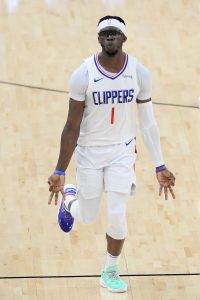 That figure (which will actually come in around $21.6MM) is the maximum the capped-out Clippers can pay Jackson using his Early Bird rights, as Woj and Bobby Marks of ESPN note (Twitter link). Early Bird contracts must cover at least two years without a player or team option.

He played in key role in helping the Clippers defeat Utah in the Western Conference Semifinals and push the Suns to six games in the Western Finals after Kawhi Leonard went down with an ACL injury in round two.

The Pelicans, Celtics, Knicks, and Nuggets were reported as potential suitors for Jackson, but a return to Los Angeles had always been considered the most likely scenario for the veteran guard. Jackson will be an important part of a backcourt that once again projects to include Rajon Rondo, Patrick Beverley, and Terance Mann.

The Clippers, meanwhile, still have one more major item on their free agency to-do list, as star forward Kawhi Leonard has yet to agree to a new deal with the team. He’s widely expected to do so sooner or later, but it remains to be seen what the exact terms of his new agreement will look like.