The NBA has launched investigations into two of the sign-and-trade deals that were agreed upon early in free agency, according to ESPN’s Adrian Wojnarowski and Ramona Shelburne. 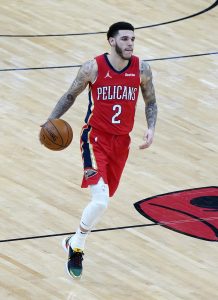 Those two deals are the one that sent Kyle Lowry from the Raptors to the Heat – which was officially announced on Friday – and the one sending Lonzo Ball from the Pelicans to the Bulls, which hasn’t been officially completed yet. The NBA is set to investigate possible violations of its tampering policy.

According to Wojnarowski and Shelburne, the league is expected to look into any contact that may have occurred prior to the opening of the free agency negotiating period on Monday at 5:00pm CT. Both agreements were reported within minutes after the negotiating period began.

It’s an open secret that teams and agents begin free agent discussions before the negotiating period officially starts, but the NBA generally frowns on any deals that blatantly violate those rules. Sign-and-trades receive even more scrutiny since they’re more complex and typically require more time to complete than a typical free agent negotiation, Wojnarowski and Shelburne note.

Last year, for instance, an alleged sign-and-trade agreement involving the Bucks, Kings, and Bogdan Bogdanovic was reported several days before free agency officially began. The league ended up taking away Milwaukee’s 2022 second-round pick after investigating that situation, while Bogdanovic – who claimed he never agreed to terms with the Bucks – landed in Atlanta instead.

We’ll see what the investigation into the Lowry and Ball sign-and-trades turns up this year. It’s unlikely that the league would nix either deal, but fines and/or draft-pick penalties don’t seem out of the question, given the manner in which the deals were publicly reported.

One Monday report outlined the specifics of the Lowry sign-and-trade to the Heat nearly three hours before free agency began, though there was some uncertainty for much of the week about whether the deal would involve more pieces than just Goran Dragic and Precious Achiuwa. Lowry’s commitment to Miami was confirmed just minutes into free agency and his agency announced his destination shortly thereafter.

Ball’s deal with the Bulls was reported literally the minute the negotiating window opened, with the full terms of the trade agreement – including another sign-and-trade involving Garrett Temple – surfacing just seven minutes later.

As Wojnarowski notes (via Twitter), the NBA adopted new anti-tampering measures two years ago, giving the league the power to fine teams for up to $10MM, suspend executives, take away draft picks, or even void deals altogether if proof of tampering is found.

The Bucks’ second-round pick forfeiture is the most significant penalty we’ve seen since then. However, as Wojnarowski and Shelburne point out, the NBA’s decision in that case took into consideration that Bogdanovic didn’t end up signing with Milwaukee, so the league could come down a little harder on Miami and/or Chicago.