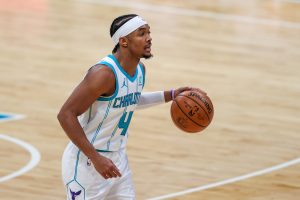 According to Charania, Charlotte is getting a first-round pick back in the deal. Wojnarowski reports (via Twitter) that it’ll be the Pelicans’ own 2022 first-rounder, with top-14 protection.

Having approached free agency hoping to land a top-tier point guard such as Chris Paul or Kyle Lowry, the Pelicans were forced to pivot as those All-Stars committed to other teams. Instead, the team will end up with Tomas Satoransky (via the Lonzo Ball sign-and-trade with Chicago) and Graham, who emerged as a reliable start during the last two years in Charlotte.

Graham isn’t an especially efficient scorer, having made just 37.7% of his field goal attempts in 2020/21. However, that’s primarily a result of his struggles scoring inside the arc — his three-point mark was a very respectable 37.5%. In addition to his ability to make threes, Graham is an above-average play-maker (6.5 APG over the last two seasons) and a respectable defender.

Moving on from Graham shouldn’t be a major blow to the Hornets, since they still have a solid backcourt that features LaMelo Ball, Terry Rozier, and lottery pick James Bouknight. Charlotte could also now have an extra pick in the first round of the 2022 draft, and with Graham no longer on the books, the club will create a little extra cap flexibility in both the short- and long-term.