AUGUST 10: The Pistons have officially re-signed Joseph, according to NBA.com’s transactions log.

AUGUST 2: Just days after placing him on waivers, the Pistons have agreed to terms with point guard Cory Joseph on a new contract, according to Chris Haynes of Yahoo Sports. 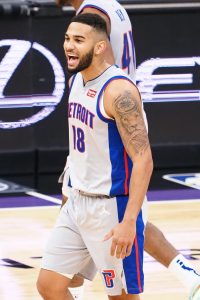 Joseph was under contract for 2021/22, but his $12.6MM salary was only partially guaranteed for $2.4MM. By waiving him and re-signing him to a new deal, the Pistons avoided guaranteeing that full $12.6MM and will get him back at a more affordable rate. He’ll serve as a veteran mentor for first overall pick Cade Cunningham.

The Pistons, who project to be a cap-space team this offseason, may end up signing Joseph with the room exception, since it will be worth right around $10MM over two years.