The Rockets have brought back free agent small forward Tyler Bey, signing him to a two-way contract, per a team press release revealing the club’s full training camp lineup. 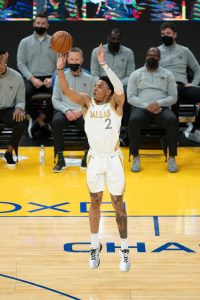 The 6’7″ swingman out of Colorado will join Anthony Lamb as the club’s second two-way player. It will be Bey’s second straight season in such a capacity.

In 18 appearances with the Mavericks during the 2020/21 season, Bey averaged a modest 3.9 MPG. He most recently suited up for the Bulls’ 2021 Summer League club, then signed a non-guaranteed contract with Houston. The Rockets waived him last week, but brought him back into the fold after waiving two-way player Matthew Hurt.