Hoops Rumors is breaking down the 2021 offseason for all 30 NBA teams, revisiting the summer’s free agent signings, trades, draft picks, departures, and more. We’ll evaluate each team’s offseason moves, examine what still needs to be done before opening night, and look ahead to what the 2021/22 season holds for all 30 franchises. Today, we’re focusing on the Los Angeles Clippers. 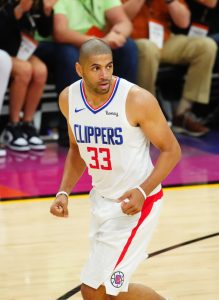 Everything was in place for the Clippers to finally get over the hump and make the NBA Finals last season. It all fell apart when Kawhi Leonard suffered a partial tear of the ACL in his right knee during the Western Conference Semifinals. 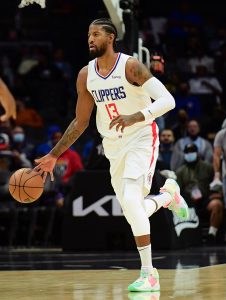 Facing an equally banged-up Utah team, the Clippers overcame Leonard’s absence to make the conference finals, but they couldn’t get past Chris Paul and his youthful Phoenix teammates in the next round. Now, Leonard’s injury lingers into this season.

It’s uncertain whether he’ll play at all after undergoing surgery in July but that didn’t discourage the franchise from re-signing him to a maximum-salary four-year deal. The fact that Leonard chose a longer contract with no opt-out until the final season gives the front office incentive to continue building around him and Paul George, who’s locked in until at least 2024.

Given those parameters, plus tempered expectations due to Leonard’s surgery, the front office didn’t do anything drastic this offseason. The team brought back Reggie Jackson, who had a strong postseason, to run the first unit, as well as Nicolas Batum, who revived his career last season after his playing time evaporated in Charlotte.

The Clippers’ other notable additions were basically low-risk flyers on two other players who, like Jackson and Batum last season, will try to regain their old form. Eric Bledsoe will share point guard duties with Jackson after a disappointing one-year stint with the Pelicans in which he struggled to blend in with the team’s young core.

If his second go-around with the franchise doesn’t go well, the Clippers would only be on the hook for $3.9MM of Bledsoe’s $19.375MM salary for next season if they waive him next summer. In fact, it’s likely they’ll do so even if Bledsoe plays more efficiently.

Justise Winslow‘s career has been sidetracked by injuries. He struggled mightily with the Grizzlies in a 26-game stint last season after returning from a long-term hip ailment. Ideally, Winslow will give the second unit a boost with his versatility.

Keon Johnson isn’t expected to get much playing time at the NBA level in his rookie year and second-rounder Jason Preston recently underwent foot surgery which will likely sideline him for most or all of this season.

George says he’s ready to carry the load in all facets — scoring, defending, playmaking. He’ll need to have an MVP-caliber campaign to keep the Clippers in the postseason picture. The club really doesn’t have a lot of offensive answers if George isn’t posting 30 points a game.

Jackson, Batum and Marcus Morris are solid veterans but it’s unrealistic to think they can keep the team in contention if George has to miss significant time. Terance Mann‘s 39-point eruption in Game 6 of the conference semis showed that he can be a significant contributor if the opportunity strikes. Mann should see his playing time increase, and the coaching staff will hope to get more out of Luke Kennard, who averaged just 8.3 PPG in his first year with the club despite shooting 44.6% from deep.

It would also be a major boost if Serge Ibaka can overcome his back issues and provide steady contributions at both ends of the floor.

A best-case scenario would be for the Clippers to hang around long enough for Leonard to get back in the lineup, which would make them a dangerous playoff team. More likely, it will have to fight tooth and nail just to make the postseason, and could face an early-round exit.