12:32pm: Cousins’ 10-day contract is now official, the Nuggets announced in a press release. The veteran will earn $151,821 on the deal, which will run through January 30. 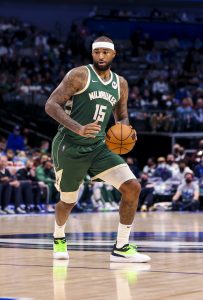 8:21am: Nearly two weeks after reports first indicated that the Nuggets were expected to sign DeMarcus Cousins to a 10-day contract, the two sides will finally complete a deal on Friday, says Adrian Wojnarowski of ESPN (Twitter link).

While it took a while for Cousins and the Nuggets to make things official, reports throughout last week confirmed that they still had mutual interest and that a deal would likely get done at some point. When Denver made a two-for-one trade for Bryn Forbes earlier this week, it opened up a spot on the team’s 15-man roster, creating a path for Cousins to join the team without requiring a hardship exception.

Cousins, 31, spent a little over five weeks with the Bucks from late November to early January, averaging 9.1 PPG and 5.8 RPG in 17 games (16.9 MPG) for the defending champs. Milwaukee opted to waive the veteran center before his salary for 2021/22 could become fully guaranteed, making him a free agent. Word of Denver’s interest broke shortly thereafter.

A report around the time of Cousins’ release suggested the Nuggets were in the market for help on the wing and at center. Trading for Forbes gave Denver another option on the wing, and now the team will get a chance to audition Cousins at center for at least 10 days.

As Wojnarowski points out, signing Cousins today will maximize his 10-day stint in Denver, since the club has six games on its schedule between now and January 30. The last of those six games will be in Milwaukee against Cousins’ former team.