JULY 6: The Heat have officially re-signed Dedmon, the club announced in a press release. According to Anthony Chiang of The Miami Herald (Twitter link), the deal is conditionally guaranteed for the second year. 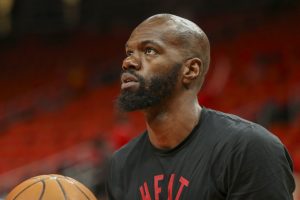 “Dewayne brings essential attributes to the center position, including size, length, physicality, rebounding, scoring and a defensive mentality to protect the rim,” team president Pat Riley said in a statement. “He has proven to be a great veteran for us and we are fortunate to have him back.”

Oladipo and the Heat adjusted the terms of his deal, so he’ll be signing for two years instead of one.

JUNE 30: The Heat have reached agreements with a pair of their own free agents. Veteran guard Victor Oladipo is signing a one-year, $11MM contract to remain in Miami, while center Dewayne Dedmon has agreed to a two-year, $9MM pact, according to Shams Charania of The Athletic (Twitter links).

Miami had Oladipo’s Bird rights and Dedmon’s Early Bird rights, so the team won’t have to use its mid-level or bi-annual exception to complete the deals.

A two-time All-Star, Oladipo has appeared in just 60 regular season games since the start of the 2019/20 season due to a series of injuries related to his quad.

He missed most of the ’21/22 campaign while recovering from a surgery, but showed flashes of his old self down the stretch, averaging 12.4 PPG and 3.5 APG on .479/.417/.737 shooting in eight games (21.6 MPG). The former All-Defensive First Teamer also exhibited his old versatility on defense.

A report earlier this week stated that Oladipo was considered unlikely to remain with the Heat, but the two sides ultimately worked out an agreement. It’s possible the club increased its efforts to re-sign Oladipo as a result of losing P.J. Tucker to Philadelphia; it’s also possible Oladipo didn’t get the kind of offers he sought on the open market. Of course, that earlier report may have just been erroneous. In any case, the 30-year-old is on track to return to Miami for another season.

Dedmon will once again slot into the Heat’s depth chart as a backup at the five. The nine-year veteran, who will turn 33 next month averaged 6.3 PPG and 5.8 RPG in 67 games (15.9 MPG) this past season.